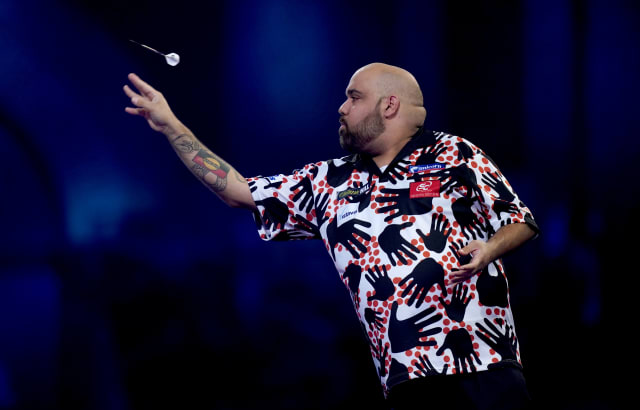 Kyle Anderson made his competitive return after battling coronavirus but Sweden’s Daniel Larsson stole the show with three straight wins in Group 23 of the Unibet Home Tour.

Anderson was forced to spend four weeks in self-isolation without a dartboard after testing positive for the virus shortly after returning to Australia from the UK at the end of March.

And his lack of training showed as he was beaten in his opening two matches of the event before salvaging his first victory in the night’s final match against Dutchman Dirk van Duijvenbode.

Anderson told PDC TV: “We all joke about it and I thought it wasn’t something that was going to happen to me – I just got a normal cough and had no other symptoms.

“But I went and got and a test done and got the call three days later from the the doctor to say that I had coronavirus and had to self-isolate immediately away from my family.

“There’s only so much Netflix and Youtube you can watch before it just gets boring. It has been lonely but I have been grateful for all the well-wishers on Facebook and Twitter.”

Larsson, the world number 130, eased past Anderson 5-2 in his opening match then made van Duijvenbode pay for a string of missed doubles as he won his second match by the same score.

Anderson was drubbed 5-0 by Martin Schindler before Larsson wrapped up a perfect night’s work by handing Schindler a whitewash of his own, making Anderson’s win over van Duijvenbode redundant in terms of the final placings.