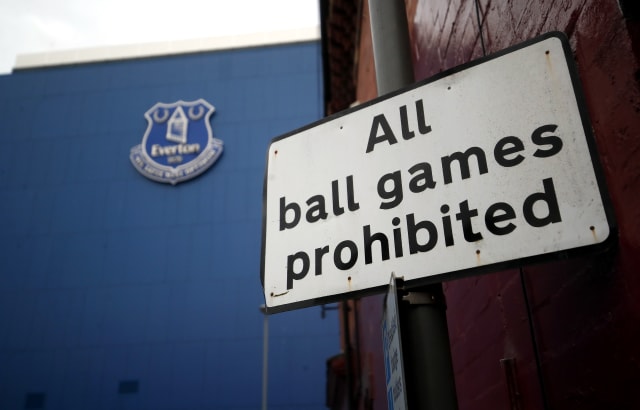 Plans for sport to return to some kind of normality continue to hit bumps in the road, with Watford the latest club at odds with the Premier League’s Project Restart, a positive coronavirus test in UFC and a warning of potential “chaos” in Formula One.

The idea of completing the top-flight football season in England at neutral venues have already drawn sceptical responses from Brighton and Aston Villa, with Hornets chairman Scott Duxbury now joining in.

Watford sit 17th in the paused table, ahead of Bournemouth only on goal difference, and the idea of resuming in the suggested format has not gone down well.

“When at least six clubs – and I suspect more – are concerned about the clear downside and the devastating effects of playing in this kind of distorted nine-game mini-league, then I believe the Premier League has a duty of care to address those concerns,” said Duxbury.

“If we start and finish a whole season under these conditions and at neutral venues when everybody knows the rules when we start, not created in a time of crisis, then that is clearly fair. To be asked to finish a quarter of the season under new rules and conditions is an entirely different proposition.

“Surely all 20 clubs must agree the fairest way forward to complete the season? I hope we can now come together and find a solution to enable the season to end safely and fairly.”

In the United States, Saturday’s controversial UFC 249 event was hit by a positive test for Jacare Souza, who was due to fight Uriah Hall on the preliminary card.

The Brazilian, as well as two of his cornermen, are asymptomatic but have come back positive in routine testing.

In a statement, the mixed martial arts company said: “As per UFC’s health and safety protocols, all three men have left the host hotel and will be self-isolating off premises, where UFC’s medical team will monitor their conditions remotely and will provide assistance with any necessary treatment.

“From their arrival earlier in the week until their departure today, Souza and his cornermen followed UFC health and safety protocols, including practicing social distancing, wearing personnel protective equipment, and self-isolating whenever possible.”

Opponent Hall took to Twitter to send his best wishes to Souza, posting: “Brother I know it sucks I’m sorry you have to go through this I am beyond devastated for the missed opportunity I wish you nothing but recovery for you and your family.”

The F1 season is scheduled to get going behind closed doors in Austria on July 5 and, although Renault driver Daniel Ricciardo is eager to hit the track he believes the lengthy hiatus could make for a difficult weekend.

“(It will be) some form of chaos, hopefully in a controlled manner,” the Australian told BBC Radio Five Live.

Meanwhile, October’s delayed Vuelta a Espana has issued a revised route, with a Portuguese leg no longer going ahead. Stages 15 and 16 have been amended to remove Porto, Matosinhos and Viseu from the schedule.

“It’s a shame not to be able to visit Portugal in 2020, but we don’t want this flame to be put out: we will keep this relationship alive, we will maintain and develop the links we have formed, so that we may return to this country that has treated us to well,” said race director Javier Guillen.