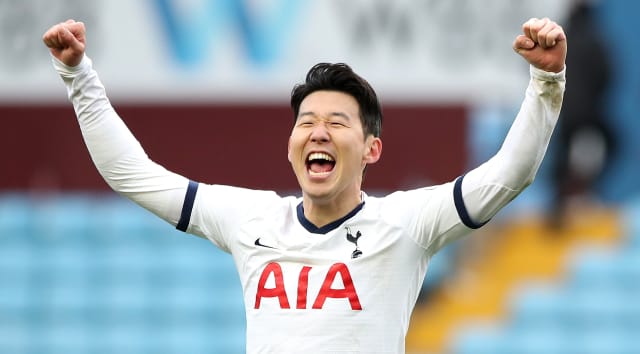 Tottenham forward Son Heung-min will return to London next week after completing a three-week stint of national service in South Korea.

The 27-year-old has been serving with the Military Corps on the island of Jeju, having been required by law to carry out his duty by his 28th birthday.

He was due to serve 21 months but earned an exemption after being part of his national team which won the Asian Games in 2018 and, as a result, only had to complete three weeks.

Son was presented with an award after finishing in the top five for performance of new recruits and achieved a perfect record in shooting.

He will next fly back to the United Kingdom after the weekend where he must quarantine for two weeks as per Government guidelines.

His fortnight of self-isolation, his third separate lockdown since the coronavirus pandemic began, could impinge on a potential return to training.

With the Premier League’s ‘Project Restart’ hoping to see the top-flight resume in early June, that could mean a return to group training later this month, which Son could miss.

However, the pandemic has had its benefits for Son, who was set to miss the rest of the season through injury had it not been suspended.

The South Korea international suffered a broken arm in February and returned home for an operation, with boss Jose Mourinho expecting him out for the rest of the campaign.

But once it was clear there was going to be a lengthy break Son moved quickly to arrange his national service, bringing it forward from the summer.

Son’s time with the Corps was not just a public relations exercise, though, as he was exposed to tear gas, went on lengthy hikes and was trained how to fire guns during his time on the island.

Meanwhile, Eric Dier has until 6pm on Friday to appeal against a Football Association charge of misconduct.

Dier has been sanctioned after climbing into the stands to break up a confrontation involving his brother and a Spurs supporter following the FA Cup penalty-shootout defeat to Norwich in early March.

If found guilty, the England international faces a lengthy ban, with the FA citing that the incident is being treated as “non-standard”, meaning the punishment will be decided by an independent panel.