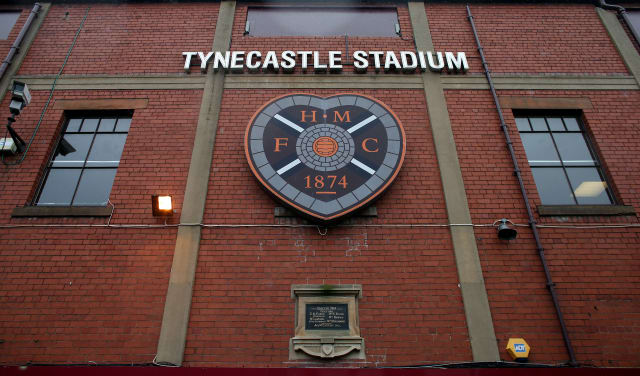 The decision to abandon a mooted restructure of Scottish football has been described as “farcical” and “an injustice” by Falkirk chairman Gary Deans.

A task force had been appointed to consider a revamp of the pyramid in response to the coronavirus pandemic, moving from a four-tier system to three expanded divisions of 14, 14 and 16. That plan ran aground on Friday after failing to win support at a meeting of Premiership clubs.

Aberdeen chairman Dave McCormack, speaking on behalf of those involved, said it was “not the right time to consider immediate reconstruction in the midst of a crisis”.

The fallout will be widespread, confirming Partick Thistle and Stranraer’s respective relegations from the Championship and League One, with Hearts set to follow should the top-flight season not resume.

But it was Falkirk, due to win promotion to the Championship had the idea gone ahead, who were first and fieriest with their response.

“Today’s announcement will not come as a huge surprise to Falkirk supporters who have, along with the rest of Scottish football, witnessed firsthand the utter shambles engulfing our game these last few weeks,” said Deans, whose club are second in League One.

“As a club we embarked upon this process with eyes wide open and tempered optimism, hoping that the SPFL and other clubs might see the bigger picture and act in the best interests of Scottish football.

“In fairness, some did see that bigger picture and approached talks in a constructive manner – but once again progress has been hampered by the short sightedness and self-preservation of a small cabal within Scotland’s top division.

“You will share my anger at this latest injustice, the failed promises and the general mismanagement that has occurred at the top of Scottish football for many years.

“The handling of this entire situation has been farcical ranging from the decisions made by the SPFL board to those clubs who have, what could only be charitably described as, misled and deceived.

“The principle of ‘do no harm’ to Scottish football during the pandemic was thrown out of the window a long time ago and the decision taken today will cause harm to many clubs – Falkirk included.”

Inverness and Edinburgh City are in the same position as Falkirk – albeit one step up and one step below in the standings – and Deans suggested further action by aggrieved parties could be forthcoming.

“I have already embarked upon discussions with other clubs who share my anger and we will be considering the next steps to take over the weekend,” he said.

“For now the club has made it clear that we cannot support this unfair decision taken by six clubs and supported by those at the SPFL. Change is required.”

Dons chief McCormack had earlier reported back from the Premiership debate.

“The strong feeling of the group was that we must focus all of our energies on emerging from the crisis we face, due to the pandemic, on getting back to playing football safely and getting fans back into grounds as soon as practicably possible,” he said.

“Whilst the group sympathises with the plight of the situation the relegated teams are faced with, it concluded that this is not the right time to consider immediate reconstruction in the midst of a crisis. But the group is willing to engage in and pick up on these discussions once we are through COVID-19.”

There was disappointment too from the Highland League and Lowland League, whose champions Brora Rangers and Kelty Hearts were primed to step into an expanded third division

A Highland League statement described the developments as “abrupt and arbitrary” and “a matter of great regret”, while one from the Lowland League bemoaned an act it viewed as “extremely damaging to the integrity of the competition.”

Meanwhile, League Two side Albion Rovers announced manager Kevin Harper had left his role after the club were “unable to agree mutually acceptable terms” on a contract extension.