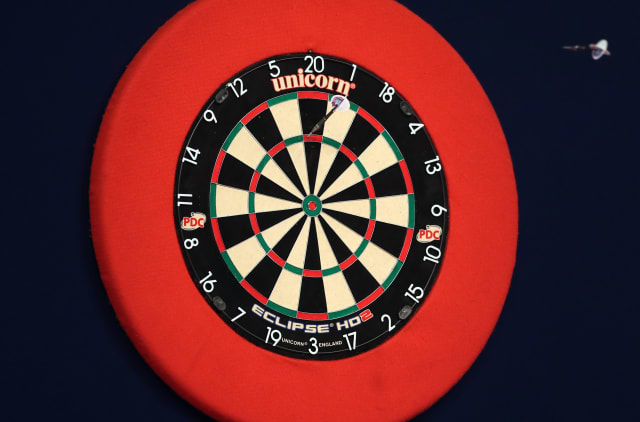 Scotland’s Ryan Murray triumphed from his bedroom in Group 20 of the PDC Home Tour after bouncing back from an opening defeat.

The PDC newcomer recently moved his dartboard into his own room to ensure he could get peace and quiet to practise away from his three children during the lockdown and it paid off.

Edinburgh-based Murray had chances to complete an impressive comeback against world number 16 Joe Cullen before losing a last-leg decider in his opener.

He bounced back with a 5-3 victory over Greece’s John Michael, sealing the win on the bullseye with a 121 checkout.

Michael had earlier won his opening match and Jermaine Wattimena ensured all four players were sitting on two points after he won a last-leg decider against Cullen.

Murray, ranked 135th in the world, thrashed Wattimena 5-1 to ensure that only a 5-0 scoreline in the final match would deny him the group.

Michael and Cullen shared the first two legs of their contest to hand Murray the group before Cullen went on to win 5-3 to finish second.