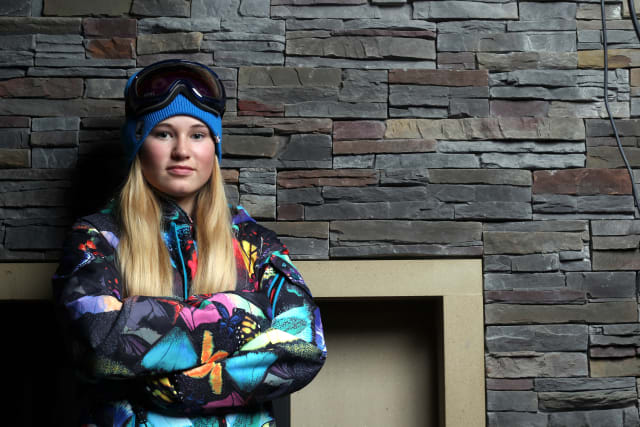 After seven operations and the prospect of never being able to snowboard again, Katie Ormerod has good reason to view the coronavirus lockdown with a healthy dose of perspective.

The Brighouse 22-year-old became the first British woman to win a prestigious Crystal Globe in March after the snowboarding season was curtailed due to the spread of the virus with her poised at the top of the rankings.

It was a remarkable feat for Ormerod, who underwent seven operations on the heel she broke on the eve of her Olympic debut in Pyeongchang, and feared her promising career could be over.

Ormerod told the PA news agency: “Since my operations I’ve had such a good mindset because the bottom line is there’s no pressure and I was just glad to be back in the mountains again.

“Obviously what’s happening at the moment is far from ideal but I have learned to think positive and I can’t wait to get back on my board, because there was a time I wasn’t sure if it would happen.

“I just keep reminding myself why I snowboard and not worry about the external difficulties or pressures. I love competing and I’m already looking towards qualifying for Beijing in 2022.”

Ormerod, who was regarded as one of Team GB’s best prospects for a medal in South Korea, said she “knew straight away” that her Olympic hopes were over after her accident.

Subsequently, Ormerod would endure a painful period of rehabilitation which included five operations for skin grafts alone, and which were guaranteed to rule her out for at least a year.

Ormerod recalled: “It was a freak accident, the way I landed I broke my heel clean in two places. The pain was unbearable, and I knew straight away I would not be competing.

“Going through all that pain definitely changed my mindset. At one point I thought (the injury) could be career-ending. But now I’ve got that Crystal Globe and there’s just the Olympic medal to tick off my bucket list.”

:: You can read ‘Katie Ormerod: My Greatest Challenge’ in full on RedBull.com