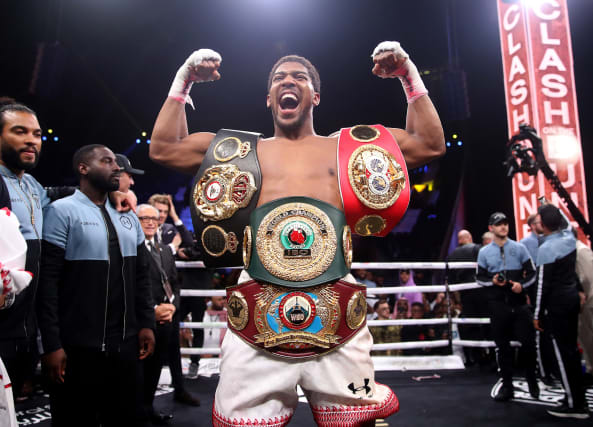 Anthony Joshua’s promoter Eddie Hearn says he does not want to stage the world heavyweight champion’s next defence of his title behind closed doors.

Hearn revealed he is considering taking Joshua’s next fight against Kubrat Pulev – which was originally scheduled for the Tottenham Hotspur Stadium on June 20 but has been postponed indefinitely due to the coronavirus crisis – back to the Middle East.

The British Boxing Board of Control has issued a series of rules for the sport’s prospective domestic return in July, including all shows taking place without fans, and trainers and officials wearing face-masks.

Hearn, who has already suggested he might stage the heavyweight clash between Dillian Whyte and Alexander Povetkin in an empty venue, says the financial implications of doing the same with Joshua make it unworkable.

Hearn told Boxing Social: “We’re not going to go to AJ and say, mate, there’s £10 million less in the pot – we’ve got to get creative.

“These countries are going to be up and running a lot quicker than our country or America.

“Would Saudi (Arabia) or Dubai or Abu Dhabi be ready to stage an event in September or October? I think 100 per cent.

“If you can’t get a live gate for the bigger fights we have to look elsewhere and that involves looking at other territories.

Hearn said he broadly accepted the Board of Control’s guidelines – which they insist are not necessarily binding – but called it “a very conservative starting-point.”

Hearn added that the likely return of the sport as small domestic shows would put it at as disadvantage compared with other sports eager to rush back their clogged schedules, and he will seek ways to safely circumvent the restrictions.

He added: “Everybody’s going to be scrambling for air-time and column inches, for digital space, so if we just come back with stuff that’s not going to push the boundaries, and come back with a show in a studio, it’s naff.

“Boxing is better than that. We have to be creative and ground-breaking and innovative.”