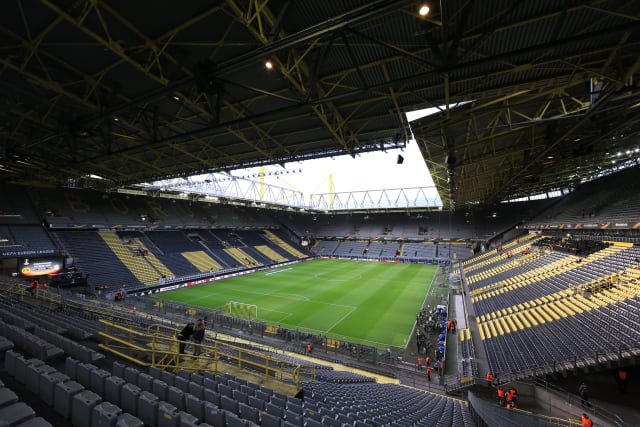 Aston Villa joined Brighton and West Ham in publicly opposing the idea of completing the Premier League campaign at neutral venues as the Bundesliga took a giant step towards resuming their season.

‘Project Restart’ is well under way in the English top flight, but planning is fraught with problems given the ongoing coronavirus situation and the differing views of clubs.

It is understood that Premier League clubs have been told the only way to complete the season is for the remaining 92 matches to be played at neutral venues.

But Villa chief executive Christian Purslow has warned clubs would not support measures that increased the risk of the “£200million catastrophe” that is relegation.

“Personally I’m against it,” Purslow said on talkSPORT. “We’re a club that prides itself on home form. Two-thirds of our wins this season have come at home.

Villa, having played a game less than those around them, sit in the relegation zone as things stand, two points behind West Ham – who are outside the bottom three on goal difference – with Brighton a further two points better off in 15th place.

Purslow’s comments came as League Managers Association chief executive Richard Bevan warned the season could be cancelled if clubs did not agree to playing at neutral venues.

“The Government, if they haven’t already, will be making it clear that home matches with densely populated stadia really puts into question whether social distancing rules can be adhered to and without doubt that will be on the voting next Monday with the clubs,” he told BBC Radio 4’s Today programme.

While talks continue in the Premier League, the Bundesliga looks set to be the first of Europe’s ‘Big Five’ leagues to resume after the German federal government gave the go-ahead on Wednesday.

German chancellor Angela Merkel told regional authorities on Wednesday that competition could restart in the second half of May. The 36 clubs will hold a conference call on Thursday to finalise a resumption date.

“It is associated with a great responsibility for the clubs and their employees to implement the medical and organisational requirements in a disciplined manner.”

Juventus have announced that forward Paulo Dybala has recovered from Covid-19 following a negative double test, while Turkey’s Super Lig announced plans to complete its own campaign.

Turkish Football Federation president Nihat Ozdemir said June 12 was the target date and remains hopeful that Turkey could host the Champions League final in August, having originally been scheduled to take place in Istanbul on May 30.

As football looks to negotiate a safe return, Anthony Joshua’s promoter Eddie Hearn says he does not want to stage the world heavyweight champion’s next defence of his title behind closed doors.

Hearn told Boxing Social: “We’re not going to go to AJ and say, mate, there’s £10 million less in the pot – we’ve got to get creative.

“These countries are going to be up and running a lot quicker than our country or America.

“Would Saudi (Arabia) or Dubai or Abu Dhabi be ready to stage an event in September or October? I think 100 per cent.

“If you can’t get a live gate for the bigger fights we have to look elsewhere and that involves looking at other territories.

In rugby union, England forwards coach Matt Proudfoot has said he expects it will take “a bit of time” before players can resume contact training.

Meanwhile, the International Golf Federation has announced the World Amateur Team Championships, originally due to be held in Hong Kong in October and then shifted to Singapore, have been cancelled.