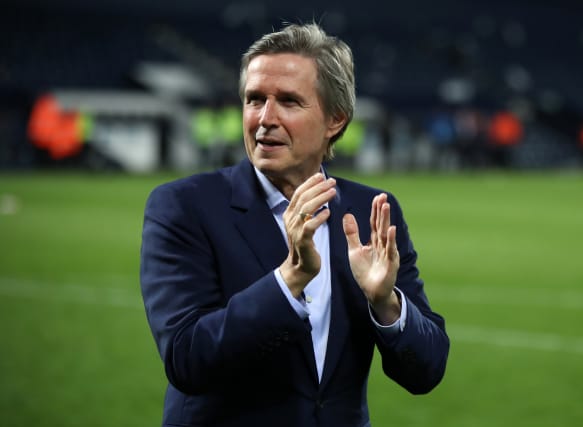 Aston Villa have joined Brighton and West Ham in publicly opposing the idea of completing the Premier League season at neutral venues as chief executive Christian Purslow warned clubs would not support measures that increased the risk of the “£200million catastrophe” that is relegation.

It is understood that Premier League clubs have been told the only way to complete the season is for the remaining 92 matches to be played at neutral venues, but Purslow said that would punish clubs like Villa.

“Personally I’m against it,” Purslow said on Talksport. “We’re a club that prides itself on home form. Two-thirds of our wins this season have come at home.

Villa, having played a game less than those around them, sit in the relegation zone as things stand, two points behind West Ham who are outside the bottom three on goal difference, with Brighton a further two points better off in 15th place.

Purslow said discussions around Project Restart are hugely complicated, likening them to the Brexit debate, because though there is consensus that football should resume as soon as it is safe to do so, there is no clear answer on how to do it.

And he said that while the day-to-day financial losses due to the shutdown were greater at the top end of the table, for those near the bottom the implications were far greater.

“At the bottom end of the table there’s a much smaller revenue base, but the risk of relegation is probably a £200million catastrophe for any club that mathematically could still go down,” he said.

“When you say to any club, ‘We want you to agree to a bunch of rule changes that may make it more likely that you get relegated’, they’re not thinking about TV money, they’re thinking, ‘My goodness, am I going to agree to something that results in me being relegated and losing £200million?'”

Purslow’s warning about relegation came a day after EFL chairman Rick Parry said things would get “very messy” if the Premier League tried to block promotion from the Championship this season.

But Purslow responded with a damning verdict on the finances of the Football League, saying the Premier League needed to be protected first and foremost as the money it generates is vital for the entire pyramid.

“The EFL has grave financial problems and those problems predate Covid-19,” he said. “I think what Covid has done is expose the fact the league is unsustainable at every level.

“One of the reasons I feel very strongly that we need to complete the season and protect TV revenue is that the Premier League really is the driver of revenue that filters throughout English football.”

League Managers Association chief executive Richard Bevan said there was no suggestion players or managers were being coerced into a restart and that plans to ensure safety – including testing procedures – would be outlined to players and managers next week.

A small group of club doctors have raised a number of concerns, including approving guidelines which still carry the threat of death, liability, testing and insurance, transmission of the virus via sweat and goalkeeper gloves, suspicions that some clubs are already ignoring guidelines, an increased risk to BAME (black, Asian and minority ethnic) employees, and the ability of emergency services to attend training ground incidents.

Bevan told BBC Radio 4’s Today programme: “Next week the medical and operational protocols are going to be presented to the managers and indeed the players.

“Hopefully there will be solutions that create this safe environment, in the meantime we’re staying very open-minded and as always the managers take their responsibility to the game very seriously on all these issues.”

Bevan said he was expecting to receive the protocols covering testing, tracking, personal protective equipment and guidelines of social distancing on Thursday ahead of the meeting next week.

A seven-page document, drawn up by the Premier League’s director of football Richard Garlick, talks about players wearing masks or snoods at training.

“It’s unclear how much protection those masks would be, but it would seem sensible to put as many precautions as you could in place,” he said.

Bevan said there was no suggestion that managers would be involved in any coercion of players.

“They’re the voice and leaders of clubs and teams but they always demonstrate calm leadership and that’s what we need,” he said.

“Whatever the pressures, physical, psychological well-being of players, coaches and indeed all the personnel, that will come first and foremost.”

Medical officials from a number of sports governing bodies are meeting representatives from Public Health England on Wednesday, the second of the weekly meetings.