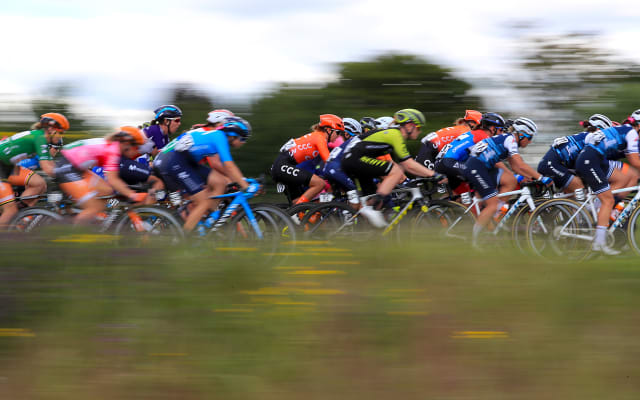 UCI president David Lappartient warned there could be no guarantees over the Tour de France but said it would be a “disaster” for cycling if racing did not resume this year as the world governing body outlined ambitious plans to restart the 2020 season.

New calendars for the men’s and women’s WorldTours showed the Tour remains on the revised dates announced last month, from August 29 to September 20, while the two other Grand Tours now overlap.

The Giro d’Italia is set for October 3-25 while the shortened Vuelta is slated for October 20 to November 8.

While there will be much focus on enforced compromises within a truncated calendar there was some innovation too as the long-awaited first-ever women’s edition of Paris-Roubaix was included, to the delight of former world champion Lizzie Deignan who called it “an amazing surprise”.

A huge number of questions remain, but economic reality forced the UCI to focus on the Grand Tours and in particular the Tour de France, which Lappartient admitted is responsible for around 50 per cent of the visibility the sport and its sponsors receive each year.

“I do believe we are able to have the Tour de France but I can’t say I’m 100 per cent sure, that would not be realistic,” said Lappartient, who expressed doubts over racing ‘behind closed doors’.

“I would say if you invest in cycling, 50 per cent of your investment is around the Tour de France. If we don’t have a Tour de France that could be a disaster.

“We could have said at the end of March, ‘the season is closed, let’s meet in 2021 at the Tour Down Under’. But we believe this would have been a disaster for our sport. We wanted to save what we can save.”

The calendar, originally due to be published last Wednesday, was instead unveiled in a week when a huge number of continental-based riders took their first training rides back on the road in over a month as lockdown restrictions eased.

Lappartient said there was a deadline of the end of June to confirm the UCI Road World Championships – due to begin on the final day of the Tour on September 20 – could go ahead and suggested the Tour faced a similar schedule.

But in these uncertain times there is a question mark over every race on the UCI’s new-look calendar.

The highly ambitious plan sees more than 100 days of racing crammed into a 15-week period between Strade Bianche on August 1 and the end of the Vuelta on November 8 for the men, with 37 days of racing in the same period for the women.

Amid the stark warnings, confirmation of a first-ever women’s Paris-Roubaix was a ray of light, with French rider Audrey Cordon-Ragot saying there was no need to look for any better news on the day.

Her Trek-Segafredo team-mate Deignan said she was “delighted” by the announcement.

“I think Paris-Roubaix is an iconic race, one of the races that attracts most fans in cycling and if we can attract those same fans to women’s cycling, I think it’s a really positive thing,” Deignan said.

But both the men’s and women’s editions of the ‘Hell of the North’ will be competing for attention as October 25 is also scheduled to be the final day of the Giro d’Italia and the sixth stage of the Vuelta over the Tourmalet, which may leave fans wondering where to look.

It is just one of the many clashes which proved unavoidable in trying to fit so much racing into such a small time.

Lappartient said the calendar had been achieved with unanimity between cycling’s stakeholders, though Giro organisers RCS Sport, who see their flagship race clash with three Monuments – Liege-Bastogne-Liege, the Tour of Flanders and Paris-Roubaix – as well as the Vuelta, added a note of dissent.

“We made a number of alternative proposals which, in our opinion, would have resulted in reduced overlaps among races in the calendar,” a statement said.

“These proposals have not been adopted. However, we believe this result is important for the restart, especially at this time, given the dramatic health situation that is affecting all areas of our lives.”