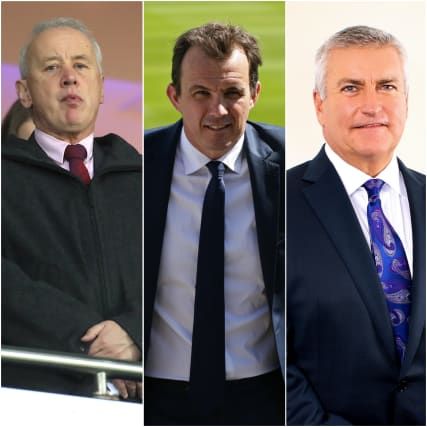 Sports bosses have outlined the potential for huge financial losses due to the coronavirus pandemic in evidence given to the Digital, Culture, Media and Sport committee on Tuesday.

Parry has warned EFL clubs face a £200million financial hole by September while Harrison said the impact of the pandemic could cost the ECB £380m.

Sweeney revealed the RFU, which has already lost £15m due to the crisis, will lose a total of £107million if the autumn internationals are cancelled.

Asked in a worst-case scenario how many EFL clubs might go out of business, Parry said: “That’s a difficult one to answer.

“We are heading for a financial hole of about £200m by the end of September, cash hole, that we will need to fill. Clubs are stacking up creditors as well.

“We have a great deal of uncertainty around next season of course, the great undetermined matter being when we’re going to return to play in front of crowds, which for the EFL is absolutely critical.

Parry also said the EFL expected three clubs to be promoted from the Championship to the Premier League, or “the lawyers are going to get wealthy”.

There have been reports that top-flight clubs want to play out the season with the threat of relegation removed, but Parry said it would get very “messy” if that happened and warned it would be a breach of the tripartite agreement between the Premier League, the EFL and the Football Association.

Asked what would happen if the Premier League’s position changed, Parry said: “The lawyers are going to get wealthy if that happens. There would be a degree of outrage from a number of clubs in our Championship, and it would be a breach of the tripartite agreement.

“The safe answer is that it would get very messy. Our expectation is there would be three clubs promoted from the Championship.”

There will be no professional cricket before July but England are still due to play the West Indies and Pakistan this summer.

ECB chief executive Harrison is hopeful of fitting in a “significant” number of Test matches yet he is also wary of a “worst-case scenario”.

“We are still working out the impact of Covid-19,” he said. “We anticipate with no cricket this year a worst-case scenario could be as bad as £380million.

“That would be the loss of 800 days of cricket across all of our professional clubs and the ECB. That is the worst-case scenario for us this year.”

“With a following wind hopefully will be able to play a significant number of Test matches this summer which will helps us mitigate those financial losses that we are facing at the moment.”

RFU chief executive Sweeney says the governing body will lose £107million if the autumn internationals in November are cancelled.

He said: “If the autumn internationals go ahead in November, which are key for us, we will still lose £32million in revenue.

“If they go ahead but behind closed doors that is a negative impact of £85m and if they are cancelled entirely that will be £107m on top of the £15m we have already lost.

“So it is a very significant loss of revenue and we are doing what we can to mitigate it.”

Asked what the impact would be if rugby was not able to restart until 2021, Sweeney did not skirt around the issue.

“That would be catastrophic, 85 per cent of our income comes form hosting men’s international games at Twickenham,” he said.

“Twickenham is a major asset for us. When you own a stadium it is a major cost and at the same time brings in large revenue.

“If this was to be prolonged and the Six Nations games were impacted, then it would be a catastrophic impact on rugby union in England. We would be looking at some very severe situations.”