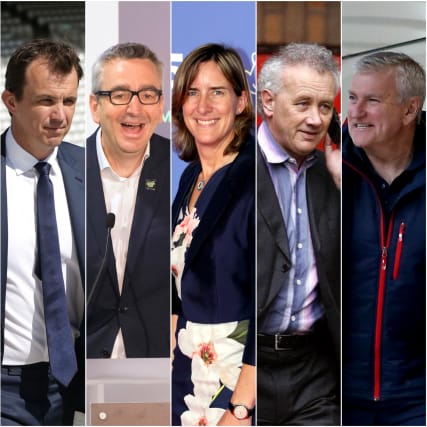 Administrators from across sport have laid out the devastating financial impact of the coronavirus pandemic to a group of MPs.

English Football League chairman Rick Parry warned the Digital, Culture, Media and Sport committee that the 71 clubs in his competition were facing a £200million financial hole by the end of September.

There were also stark warnings from the world of cricket, rugby union, elite Olympic and Paralympic sport and grassroots sport.

Elite sports funding body UK Sport is looking for a one-year rollover of Government financing – understood to amount to an extra £53.4m – for the period from April 1, 2021 to March 31, 2022.

Six sports which receive UK Sport funding are understood to be on the brink of bankruptcy within the next three months without urgent action, as chair Dame Katherine Grainger also called on the Government to underwrite any potential shortfall in National Lottery funding if ticket sales are affected by the pandemic.

England and Wales Cricket Board chief executive Tom Harrison says the Covid-19 outbreak could cost his organisation as much as £380m, while his counterpart at the Rugby Football Union, Bill Sweeney, warned his governing body would need Government support if top-level action is still not possible in 2021.

Grassroots sports funding body Sport England raised its concerns over whether the pandemic could worsen certain trends of inactivity it has witnessed, particularly among children, ethnic minorities and those at the lower end of the socio-economic scale.

EFL chairman Parry admitted that the pandemic had accelerated a need for his organisation to “reset” itself, with clubs discussing the introduction of salary caps and other cost control measures as they face a very real threat to their existence.

“We have an imbalance in the distribution, we have the parachute payments which cause immense stress within the Championship so yes, I do think the distribution model is a problem. Any model where wages are 106 per cent of turnover is ridiculous.”

On the immediate financial threat, Parry added: “We are heading for a financial hole of about £200m by the end of September, cash hole, that we will need to fill.

“Clubs are stacking up creditors as well. We have a great deal of uncertainty around next season of course, the great undetermined matter being when we’re going to return to play in front of crowds, which for the EFL is absolutely critical.”

UK Sport chair Grainger set out the need for immediate help across Olympic and Paralympic sports.

“Our funding runs out at the end of March 2021 which obviously leaves a few months’ gap leading up to the Olympic and Paralympic Games,” she said.

“Unless we know that’s going to be filled then the risks increase for everyone.”

ECB chief Harrison outlined the threat to cricket. The launch of its new flagship competition, The Hundred, has had to be postponed until 2021, there is no professional cricket before July and the scheduled Test series against West Indies and Pakistan are in doubt.

“We anticipate with no cricket this year a worst-case scenario could be as bad as £380million,” he said.

“That would be the loss of 800 days of cricket across all of our professional clubs and the ECB.”

Sweeney said if the outbreak continues to impact on rugby into 2021, the effects could be “catastrophic”.

“We would be looking at some very severe situations,” Sweeney warned.

“We would like to thank the Government for what was put in place very quickly. If we are one of the last cabs off the rank because of the contact and characteristics (of rugby), we would need extra help.

“We have 60 per cent of our staff furloughed. If Six Nations matches are off in 2021 then there would be a limit in what we could do and we would have to go to the Government for extra support.”

Sport England chief executive Tim Hollingsworth spoke about the impact of the lockdown on physical activity.

“A third of children were not doing the required amount of activity laid down by the chief medical officer (30 minutes per day) and that figure is getting worse in the current environment,” he said.

“Now 44 per cent are doing no activity or less than half an hour due to the current crisis.”

Hollingsworth referenced Sport England’s most recent Active Lives survey, which showed in the 12 months up to November 2019 that more adults in England than ever were considered active against the CMO’s guidelines.

He said it was encouraging to see from weekly surveys conducted since the crisis began that activity levels were being maintained, but was concerned that inequalities spotted in the earlier survey may worsen in the pandemic.

“We are seeing people realise the importance of activity to their physical and mental well-being, but we have seen those inequalities maintained and starting to worsen,” he added.

He said a Community Emergency Fund set up to help local sports clubs cope with the financial impact of coronavirus had been massively oversubscribed.

The weekly meeting of medical officials from a range of sports governing bodies with representatives from Public Health England on how top-level sport can safely resume is taking place on Wednesday, the PA news agency understands.