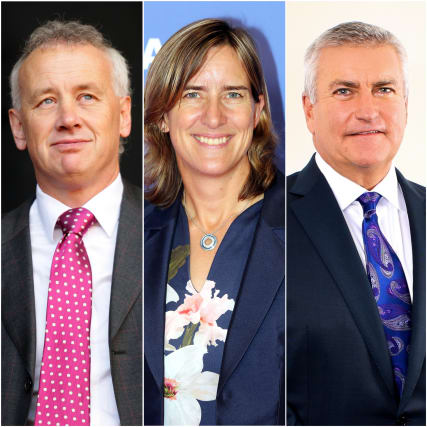 Parry had been called to give evidence to the Digital, Culture, Media and Sport committee on Tuesday about the impact of the coronavirus pandemic on sport, and he highlighted the particular difficulties facing the 71 clubs in his competition.

Asked in a worst-case scenario how many clubs might go out of business, Parry said: “That’s a difficult one to answer.

“We would like to emerge stronger and leaner, with a proper reset post-Covid. We are heading for a financial hole of £200m by the end of September.

“Clubs are stacking up creditors and there are a great deal of uncertainties.”

Parry was asked about player wage deferrals and cuts, and the role of the players’ union, the PFA.

He said the EFL was on board with the PFA’s appointment of financial services firm Deloitte to look at clubs’ books to assess if there was genuine need for a club to be deferring wages.

“We all need to share in the pain,” Parry said.

“We are really having an open-book policy, and we are going to show (the players) how deep the pain is. We are absolutely on board with the Deloitte process.”

Parry said the EFL expected three clubs to be promoted from the Championship to the Premier League, or “the lawyers are going to get wealthy”.

There have been reports that top-flight clubs want to play out the season with the threat of relegation removed, but Parry said it would get very “messy” if that happened and warned it would be a breach of the tripartite agreement between the Premier League, the EFL and the Football Association.

Asked what would happen if the Premier League’s position changed, Parry said: “The lawyers are going to get wealthy if that happens. There would be a degree of outrage from a number of clubs in our Championship, and it would be a breach of the tripartite agreement.

“The safe answer is that it would get very messy. Our expectation is there would be three clubs promoted from the Championship.”