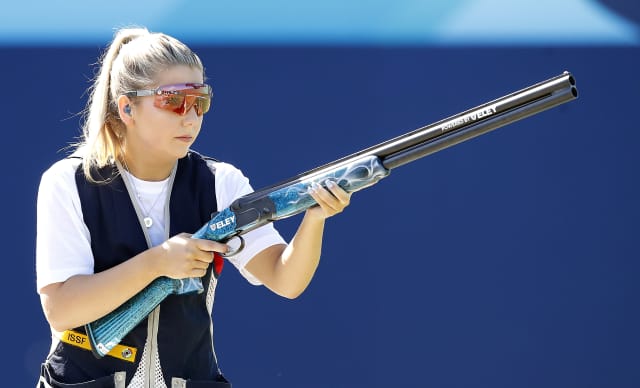 Furious British shooting star Amber Hill has threatened to boycott her sport’s Commonwealth Championships in India in protest over its banishment from Birmingham 2022.

Commonwealth Games Federation officials scrambled to set up an alternative event for shooting and archery after Birmingham organisers decided to sideline the two sports in June last year.

The new event, scheduled for Chandigarh in January 2022, six months before the Birmingham Games, placated Indian officials who had threatened to pull their entire team out over the expulsion of a sport in which they traditionally excel.

But it has left Hill, her sport’s youngest World Cup winner and a 2018 silver medallist on the Gold Coast, seriously considering her schedule over fears it may “set a bad precedent” for her sport’s future.

Hill told the PA news agency: “I feel very passionate about the impact this decision is going to have on the future of our sport, which is such a big part of our heritage, and has been in the Games for such a long time.

“It feels almost like a disrespect for the amount of time and effort we all put into this sport. If we accept it being on a separate stage then we are accepting its removal from the Commonwealth Games.

“I’m still debating whether I want to compete in India. I feel so strongly about the future of our sport and the impact this could have on our future. I feel like I need to sit down with my team and discuss it nearer the time.”

In a statement to the PA news agency, British Shooting said: “The Chandigarh Commonwealth Shooting Championships in 2022 adds to a hugely exciting year for Commonwealth sport, giving shooters from across the home nations a chance to experience more top-class competition in India.

“On the back of this innovative decision, British Shooting will continue to support the ISSF and CGF in encouraging the development of shooting sports across the Commonwealth.

“Home Nation governing bodies select teams for Commonwealth competition and it will ultimately be the decision of each individual athlete on whether they take part.”

But this is unlikely to placate athletes like Hill, who also reached the semi-finals of the Rio 2016 Olympics in her skeet event, who are facing up to shooting’s omission from the Games programme for the first time since 1970.

Hill added: “The main reason I got into the sport when I was 14 years old was in the hope of getting to the Commonwealth Games and the Olympics.

“We’re going out there and really trying to encourage young people and especially girls to get into the sport, but without the media coverage and the big events we have so few opportunities to showcase its positive side.”