On This Day in 2010: Tottenham clinch Champions League football for first time 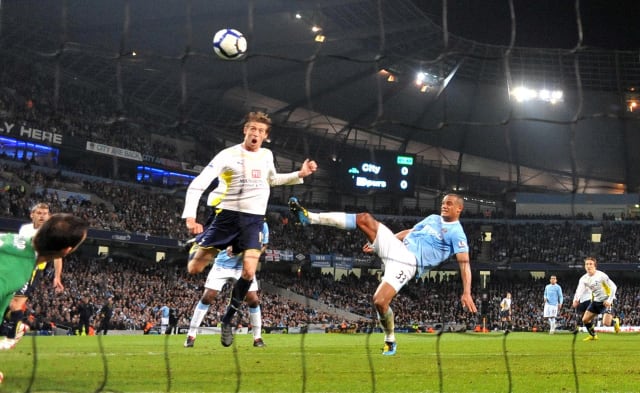 Tottenham secured Champions League qualification for the first time in 2010 when they beat Manchester City 1-0.

Here, the PA news agency takes a look back at that memorable night for Spurs.

This game was billed as the Champions League play-off as the footballing gods pitted the two sides chasing the final top-four spot together on the penultimate game of the season. Spurs travelled to City one point ahead of them and knowing victory would complete a fine job done by Harry Redknapp. But it would not be easy, going to Roberto Mancini’s big-spending side and a win for the hosts would have taken them above Spurs and put their fate into their own hands going into the final day of the season.

It was a cagey affair at the Etihad Stadium as both teams felt the magnitude of the game, but Spurs dominated after the break and Peter Crouch had hit the post and seen a header saved by Marton Fulop. It looked as if the matter was going to have to be decided on the final day, before – not for the last time between these two sides – there was some late drama. Spurs made a final push for the win and after Fulop could not collect Younes Kaboul’s cross, Crouch had the simple task of heading home in the 82nd minute. Spurs held on and their top-four place was safe.

Given the north London club had qualified for the elite European competition for the first time since the 1960s, the celebrations were hardly muted. Redknapp’s TV interview was famously gatecrashed by David Bentley, who poured a bucket of iced water over his boss mid-answer. It was all done in jest, and other team-mates followed, but Bentley, who came on as a second-half substitute, played just three more times for the club and puts his demise down to that moment.