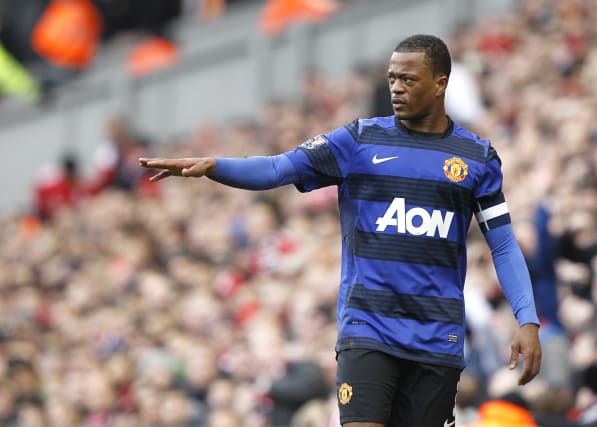 Former Manchester United left-back Patrice Evra has revealed he needed security outside his home for two months after receiving death threats in the wake of the racism row with then Liverpool forward Luis Suarez in 2011.

Suarez was given an eight-match ban by the Football Association after being found guilty of misconduct for using insulting words to Evra, which included a reference to the defender’s colour, at Anfield in October that year.

But Liverpool publicly backed their striker – for which Jamie Carragher apologised in October last year – and Evra said he faced a huge backlash which included threatening letters directed at him and his family.

“Manchester United received so many threatening letters about me,” Evra told the club’s UTD podcast.

“People said: ‘We’re in jail, we’re Liverpool fans. When we get out, we’re going to kill you and your family’.

“I couldn’t understand why people hated me so much. They didn’t know the truth.”

Evra, who saw his offer of a handshake before a match the following February refused by Suarez, says he has forgiven the Uruguayan, and spoke to the now-Barcelona player ahead of the 2015 Champions League final when playing for Juventus.

But recalling the original incident now, Evra revealed he had to control his emotions at the time.

The Frenchman reported the incident to referee Andre Marriner, who said it would be dealt with after the game and that both players should continue.

“I remember, during that game, I was talking to myself saying: ‘If you punch him now, people will see you as the bad one, people will forget about what he said’,” Evra said.