Damon Heta hotter than the rest 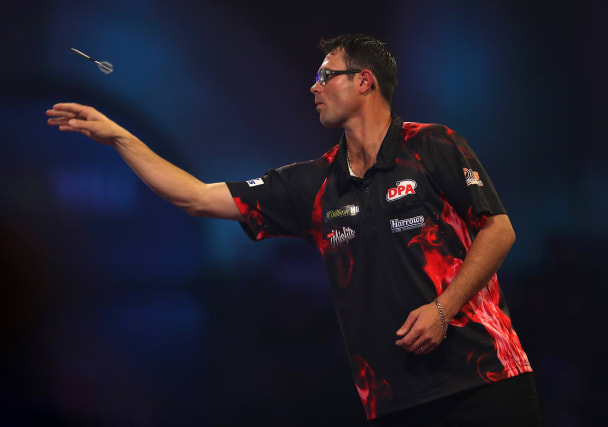 Australia’s Damon Heta stayed up through the night to top Group 17 of the PDC Home Tour.

Heta began his work at 3am with a dismissive 5-0 thrashing of new tour card holder Gary Blades.

Heta hit three 180s and averaged 96, adding afterwards: “On my day I feel like I am unbeatable. I do see myself up there with the best.”

The 32-year-old ‘Heat’ continued his good form with a 5-3 victory over world number 31 John Henderson, sealed with a 121 finish on the bullseye, and needed only three legs in his final outing to progress on leg difference.

He went on to lose 5-3 to Krzysztof Kciuk, taking part in Krakow, missing out on a clean sweep.

“I’m happy I got the win, more or less, but I’d love to win three that’s for sure,” Heta said.

Henderson ended the night by heaping more disappointment on the struggling Blades, winning 5-1 to take second place ahead of Kciuk.