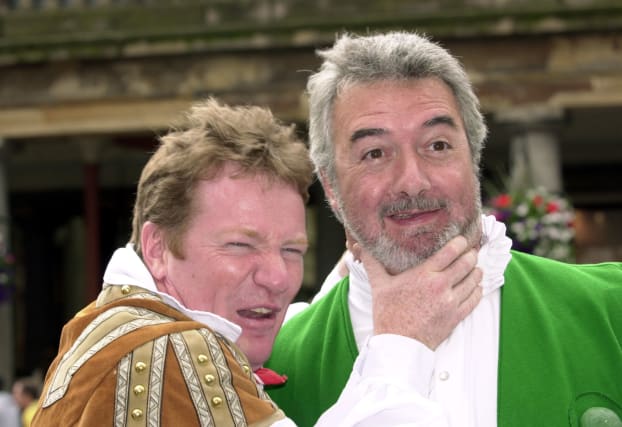 Sporting a reasonable haircut and an average shot-time, John Virgo could well have become the snooker champion time forgot.

As it turns out, Virgo had more cause for fear than most: his biggest triumph, overTerry Griffiths to win the UK Championship in 1979, was not recorded due to the BBC cameramen being on strike.

Virgo came of age in the game when it was still very much a closed shop, making a strong first impression by reaching the semi-finals of the 1977 UK Championships, where he lost to Patsy Fagan.

Two years later, along with his UK win, Virgo reached the World Championship semi-finals, but he would never get beyond the second round in 12 subsequent appearances, winning just four matches in that time.

Nevertheless, Virgo evolved into an unlikely household name, first through the series of impressions he would be called upon to reel off when the Crucible schedule ran short.

And his post-playing career truly rocketed when he became the sidekick of rumbustious comedian Jim Davidson on the popular BBC quiz show ‘Big Break’ throughout the 1990s.

Moreover, Virgo has endured as one of the sport’s most popular commentators, despite a 2016 gaffe in which he was forced to apologise after swearing on air, believing his microphone to be turned off.

Now 74, Virgo’s cries of ‘Where’s the cue ball going?” have become every bit an integral part of the Crucible furniture as those players who have the talent and fortune to be still standing at the end of 17 days.