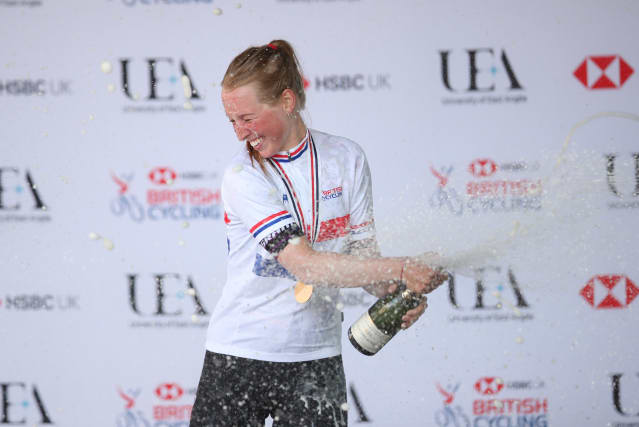 British national champion Alice Barnes expected to spend this weekend racing at the Tour de Yorkshire but instead is preparing for a very different challenge when Zwift’s Tour for All launches on Monday.

For the next five days, riders from a number of professional men’s and women’s teams will compete in online races as part of a month-long charity fundraising initiative open to the public on Zwift’s virtual platform.

Line-ups will change daily as teams rotate their riders, but British duo Adam and Simon Yates are in Mitchelton-Scott’s squad for the event, while Barnes can expect to face former world champions Marianne Vos (CCC Liv) and Anna Van Der Breggen (Boels Dolmans) in the women’s event.

Zwift will donate 125,000 US dollars (£100,000) to Doctors Without Borders/Medecins Sans Frontieres throughout the event, a sum which will be doubled if 250,000 people complete a stage.

For Canyon-SRAM rider Barnes, the race offers some welcome competition as she awaits the UCI’s planned announcement on Tuesday on when WorldTour racing might be able to resume.

“Zwift races are really important not only to maintain some focus and racing intensity but also for exposure for the team,” Barnes told the PA news agency.

“I would love to be racing and I am missing the adrenaline of being in the bunch but I am grateful for my situation.

“I think at the moment there are a lot worse problems in the world than our sport. We will have to wait for when the time is right to get racing again and make sure that we are ready for it.”

The racing will be broadcast live via the Global Cycling Network and Eurosport, with the women’s races taking place ahead of the men’s.

Monday’s opening stage will be a 52.9km test on a virtual edition of the Innsbruck circuit used in the 2018 Road World Championships – which is when Van Der Breggen claimed the rainbow stripes.