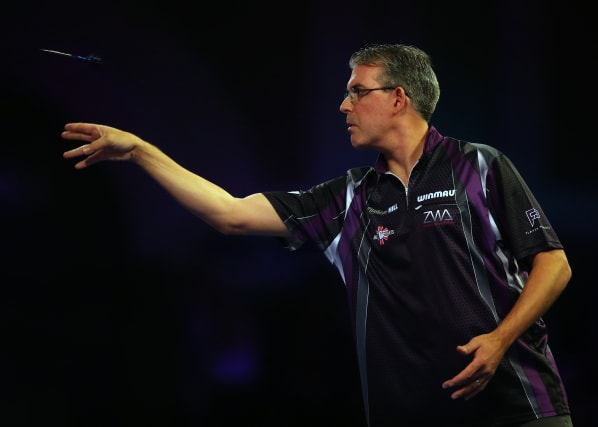 Jeff Smith edged out Ricky Evans in a final-match decider to top the PDC Home Tour’s Group 16 on Saturday night.

Evans needed to win by three legs or more to top the group and led 3-2 after coming from behind.

But the contest went to a decider and Smith produced a 147 checkout that also ended the hopes of Martin Atkins, who would have finished top if Evans had won 5-3 or 5-4 after a tight battle also involving Germany’s Christian Bunse.

“I didn’t really have much choice,” Smith said of his final flourish. “It was great darts again. Ricky put up a good fight but I’ll take that win every day.

“That’s how tight the PDC is. There are 128 players and every single player can beat you. I thought I was gone when I lost against Martin but Christian, thank you very much, and let’s keep going.”

Smith opened his night with a convincing 5-1 win over Bunse, sealing victory with a 10-dart finish on the bullseye, but was then beaten 5-4 by Atkins, who had himself opened with a 5-2 victory over Evans.

Evans rebounded with victory over Bunse as gremlins hit the broadcast. Technical issues meant coverage was lost for around 10 minutes, with Evans 3-0 up on Bunse when normal service was resumed.

The German reduced the deficit to 3-1 and then took the next two legs to level the contest, only for Evans to regain his composure and wrap up a 5-3 victory.

Bunse belatedly found form in the next game as he took a 5-2 victory over Atkins that left the door open for Smith.