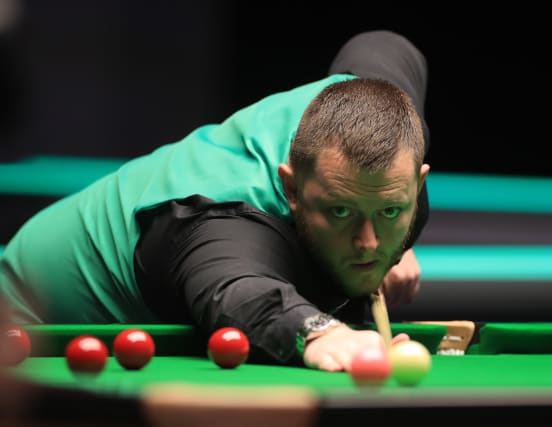 If Mark Allen goes down as one of the best players never to win the world title, there is every chance he will do so shouting.

The 34-year-old from Northern Ireland has cut a controversial figure on the circuit since his World Championship debut in 2007, but is yet to summon a Crucible performance to put his off-table antics in the shade.

Allen has, variously, sparked a feud with Stuart Bingham after claiming his opponent had “no bottle”, engaged in a running battle with Barry Hearn over changes to the snooker calendar, and set about taking on a few billion Chinese snooker aficionados single-handedly.

During the 2012 World Open in Haikou, Allen sent an infamous and swiftly deleted tweet in which he derided the tournament and its associated facilities.

At the World Championships in the same year, Allen branded opponent Cao Yupeng a “cheat” for not calling a foul, and broadened the subject of his ire by adding: “It seems to be a bit of a trait for the Chinese players.”

A fresh-faced Allen had reached the Crucible semi-finals on his third appearance in 2009, including an epic second round win over Ronnie O’Sullivan, and has featured in three more subsequent last eights.

But despite winning five ranking tournaments, reaching the UK Championships final and claiming a breakthrough Masters title in 2018, his inconsistency has cost him dear.

Entering the Crucible just months after his Masters triumph and with his time seemingly set to arrive, he was dumped out in the first round by Zhou Yuelong. – of China.