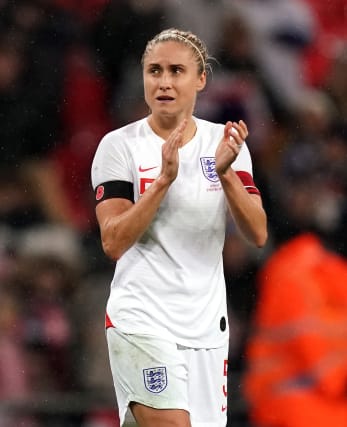 Here, the PA news agency looks at some of the best examples from May 1.

England and Manchester City Women captain Steph Houghton started her challenge of running 100 kilometres in May to raise awareness and money for her husband’s foundation Darby Rimmer MND Foundation.

Midfielder Ilkay Gundogan video called Manchester City fans to keep their spirits up during the lockdown.

Joseph Parker has been keeping fans entertained with his film-themed videos during the lockdown and he reenacted another classic on Friday.

IBF world featherweight champion Josh Warrington was also in reflective mood as he posted a promotional video from 2015.

Nico Rosberg, the 2016 world champion, sent one of his fans a message on Twitter to say he would pay for 500 euros for some groceries to be delivered to her.

Surrey’s ex-England all-rounder Rikki Clarke sported some new facial hair and gave an update on what he’s been doing during the lockdown.

Ryder Cup star Sergio Garcia was reminiscent about what might have been this week.