Jamie Nicholls gets creative to hone his snowboarding skills during lockdown 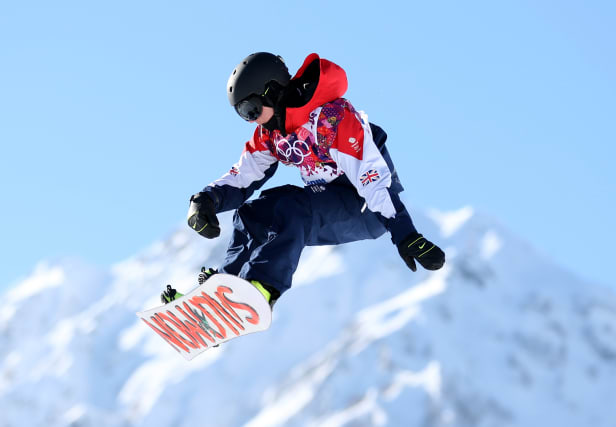 Take a look at Jamie Nicholls’ Instagram feed and you can see how much the two-time Olympian is missing his snowboard.

There are full marks for creativity as he hops, jumps and slides his way across a makeshift course built out of bricks, boxes and greased-up ladders in his back garden.

“I built an obstacle course out of things in the garden shed, put a little bit of washing up liquid on it and slid down it,” Nicholls told the PA news agency.

“I’m trying to stay close to my board, grinding down ladders – which I don’t recommend to anyone, by the way. I’ve had 20 years’ experience. Please don’t try this at home.”

For Nicholls and his GB Snowsports team-mates, the 2022 Winter Olympics are beginning to come into sharp focus.

Nicholls, who in 2016 became the first British male snowboarder to win a World Cup event, knows all about Olympic preparation, having competed in both Sochi and PyeongChang.

Ordinarily he would be spending April making the most of the final weeks of the winter season in the mountains, an ideal time to work on new tricks, but instead he must get creative at home.

Nicholls is beginning conversations with his coaches about specific targets for Beijing, but the 26-year-old already has his own goals in sight.

“It will obviously be my last Olympics,” he said, before catching himself. “Well, it might not be but I think I’ll be 28 which will make me one of the oldest guys in the field. The guys that are coming up are 17, 18-year-old kids who are snowboarding day-in, day-out.”

But if Beijing is to be swansong, Nicholls knows what he wants to get out of it – and his main target relates to his eight-month old daughter.

“I know my daughter will still be young, but having her there to watch me has been one of my main goals,” he said. “To have her there would be amazing.

“It sounds bad not saying I would love to win an Olympic gold medal, doesn’t it? But that would be the icing on the cake. It would just be an amazing story to have my family there and be able to perform.”

For an athlete who admits the hardest part of his job is spending so much time away from home, the lockdown has its blessings, and spending time with his young family is top of the list.

“I’m changing a lot of nappies and not sleeping very well,” he said. “I’m trying to take some positives from what is a very uncertain time for a lot of people.

“But both me and my wife, we would ordinarily be working but we get to watch our daughter grow up at some of the best times. That’s something I’m very happy to have seen.”