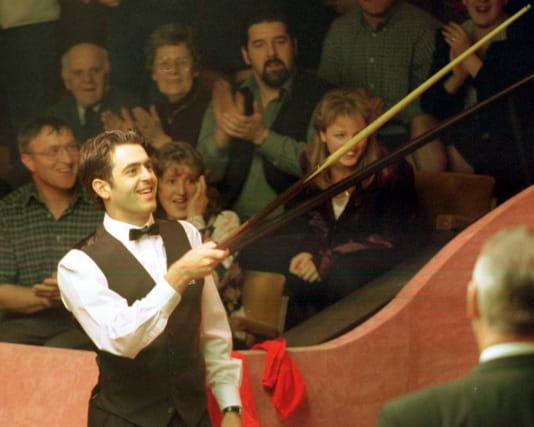 That was the time it took Ronnie O’Sullivan to pile up the sport’s fastest maximum break in the 14th frame of their first round match at the 1997 World Championships.

O’Sullivan’s achievement catapulted his Nuneaton-born opponent onto the front page of The Sun and even into the Guinness Book of Records, where his name remains.

Countless reruns of one of the Crucible’s most famous frames show Price peering out from behind a pair of Dennis Taylor-style upside-down glasses as ‘the Rocket’ completes his remarkable feat.

“I played one of the worst safety shots of my career, let Ronnie in and five minutes later history was made,” recalled Price.

One cautious handshake and a few fast frames later, Price was prepared to slip back into relative obscurity.

“After 15 years as a professional player, that’s the main thing that people mention to me,” Price told the Coventry Telegraph in 2013.

“In fact, even after all these years, there’s hardly a day goes by when someone doesn’t bring it up.”

Price was a little more than a one-frame wonder. He was ranked as high as 17 in the world, twice reached the second round at the Crucible, and his best performance in a ranking event came at the 1993 European Open, where he reached the semi-finals.

He retired shortly afterwards, and is now a maths teacher with a peculiar claim to fame.