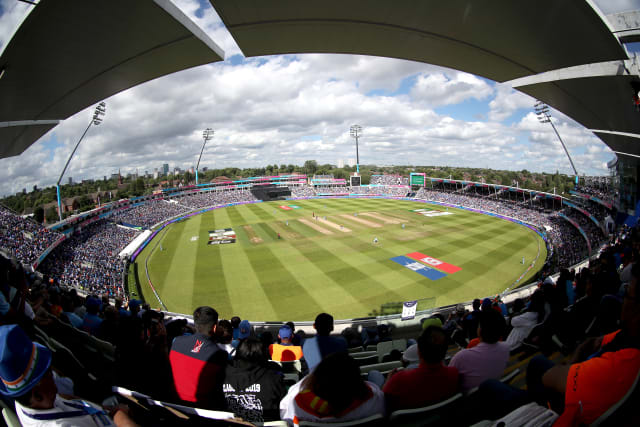 The Hundred’s inaugural season has been put back until 2021 due to the coronavirus pandemic but Premier League clubs are preparing to discuss ‘Project Restart’.

The England and Wales Cricket Board rubberstamped the deferral of the inaugural 100-ball competition due to start in July as the Covid-19 crisis rendered the launch unviable.

The Hundred, featuring eight city-based franchises rather than the traditional 18 counties, will be pushed back to the summer of 2021 following Wednesday’s ECB board meeting discussing the matter via teleconference.

Lack of fans at the stadium, the furlough of staff at host venues, and travel uncertainty and availability of overseas stars were three primary reasons behind the decision.

ECB chief executive Tom Harrison said: “The situation we find ourselves in as a country means that delivery of The Hundred will not be possible this summer.

“Whilst we are naturally disappointed that we won’t get to realise our ambitions this year, The Hundred will go ahead in 2021 when we are safely able to deliver everything we intended to help grow the game.”

Earlier in the day, former England skipper Michael Vaughan awarded Captain Tom Moore honorary membership of the national side on his 100th birthday.

Moore – appointed as an honorary colonel as part of his celebrations – has raised over £30million for the NHS by walking in his garden during the coronavirus lockdown.

“There are 695 men and 160 women who are part of that special club of English Test cricketers,” Vaughan said during the virtual presentation to the staunch Yorkshire and England cricket fan.

“We all want to welcome you Captain Tom to our team. As you celebrate a maiden century in the company of your family, enjoying the adulation and affection of a nation, this is our way and our time to say ‘thank you’.”

In football, Tottenham manager Jose Mourinho said he “misses our world” with normal life turned upside down by the coronavirus pandemic.

The Portuguese knows “we have to be patient” in this fight, but Premier League clubs will discuss the possibility of restarting competition in June when they gather for a shareholders meeting on Friday.

“With cameras, it means that millions and millions are watching. So if one day we walk into this empty stadium, it will not be empty, not at all.”

Burnley full-back Charlie Taylor also hopes a safe way can be found to complete the season, but he knows there are far more important things to deal with right now.

“There’s been no exact date set on training or matches yet, so it’s just a waiting game, really,” he told the PA news agency.

“Obviously, there’s a lot more important things going on in the world at the minute.

“I think everyone’s just dying to get back and finish the season, but I think obviously as well as that just when it’s safe to do so.

“Like I say, hopefully it’s not too far away at all.”

The British Boxing Board of Control is hopeful that it will be able to resume staging fights behind closed doors in July.

A BBBC statement read: “Depending on Government decisions it is hopeful that professional boxing will commence in July. We will continue to use our best endeavours to do so and we are working closely with promoters.

“Initially, it is unlikely that crowd attending promotions will be permitted.”