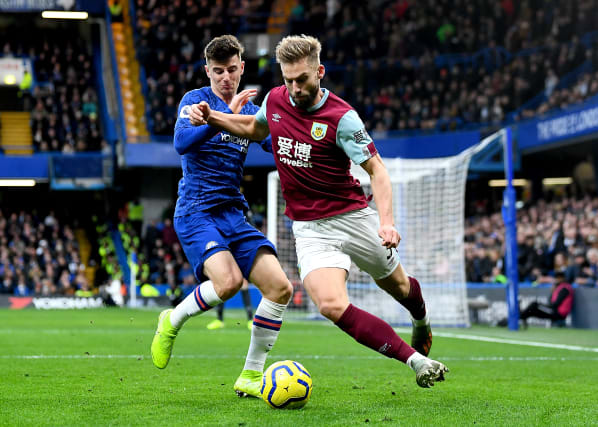 Charlie Taylor admits the coronavirus “waiting game” has led his focus waver at times, but the Burnley full-back appreciates there are far more important things right now than the desire to get back to Premier League action.

It is 54 days since Sean Dyche’s Clarets secured a 1-1 draw against Tottenham and there remains endless questions as to how, when and if the English top-flight can return amid the Covid-19 crisis.

‘Project Restart’ is well under way and the Government is backing a potential June resumption, but there is nothing concrete ahead of Friday’s Premier League stakeholders’ meeting.

For players such as Taylor, it is about keeping their heads down and ploughing on against an uncertain backdrop.

“Obviously you see the news on TV, or you’ve got the Daily Mail app on your phone or wherever,” he told the PA news agency.

“So we’re just waiting to hear from them, really. There’s been no exact date set on training or matches yet, so it’s just a waiting game, really.

“Obviously, there’s a lot more important things going on in the world at the minute.”

Taylor is full of praise for the way Burnley have looked out for the players during the lockdown, keeping tabs on their physical and mental wellbeing of during a challenging time for everyone.

“They’ve stayed in contact with us throughout the whole thing,” the former Leeds full-back said.

“It’s obviously hard times, difficult times, really, for everyone and they’ve offered us support and help through different channels.

“We’ve got the psychologist Simon (Clarkson) who works at the club and he’s been in contact with everyone.

“It’s a great club and obviously they’re looking after us physically but mentally as well and just as humans.”

The way Burnley have reacted in these unprecedented times does not surprise Taylor, given the close-knit staff and squad at Turf Moor.

The players’ WhatsApp group is, as usual, ablaze and the club’s sport scientists are keeping close tabs on players that Dyche believes are ready for a quick turnaround.

But for all of the guidance, the lack of daily structure naturally brings challenges in terms of focus.

“It’s just about getting routine, really. Just trying to crack on and just try and do stuff, and try fill your day, keep occupied.

“Obviously it was strange at the start, took some getting used to, but now sort of got my head around it.

“We’re getting a lot of stuff sent through from the sport science at the club and just trying to stay fit. Then the rest of the day, just trying to fill your time.

“It’s been really hard (to keep focused), to be fair, because there’s no real objective at the minute.

“It’s hard to stay motivated and stay driven because at the minute there’s no end goal, there’s no date.

“It is hard, but you’ve just got to stay fit and then just be ready for when called upon and hopefully it’s not too far away.”

While talks continues about how to proceed with the season, Taylor looks set to next represent Burnley as part of a FIFA20 tournament.

It is a competition the understated Yorkshireman has not got particularly high hopes for, but he is more confident of achieving success on the pitch under Dyche – somebody the players would “run through a brick wall for”.

“At the point the season got suspended we were on a seven-game unbeaten run,” Taylor said. “We played some very tough teams in that time as well.

“I think we were sat about 10th in the league and we were desperate just to kick on and finish the league and see how high we could get. Obviously we seemed to be pretty safe from relegation at that point, but we wanted to go on and set new targets.

“Obviously the Europa League we spoke about and I think just taking it a game at a time, just seeing how high up that league we could get and see where it took us.”

Burnley are within striking distance of the European spots with nine matches remaining, it just remains to be seen whether the powers that be deem it possible to continue.

“I think everyone’s just dying to get back and finish the season, but I think obviously as well as that just when it’s safe to do so,” Taylor added. “Like I say, hopefully it’s not too far away at all.”