Tour de Yorkshire expected to be delayed until 2021 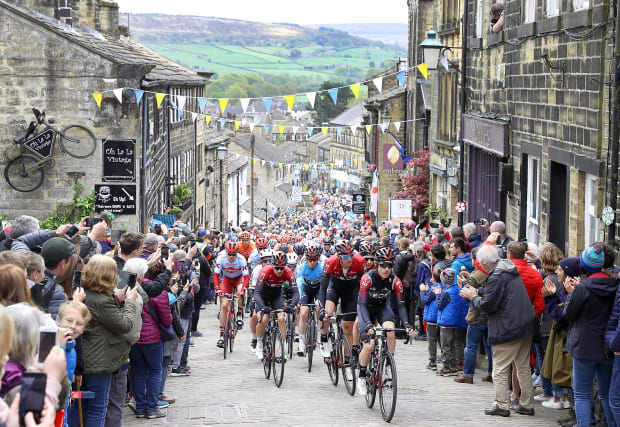 The sixth edition of the Tour de Yorkshire is expected to be delayed until next year as the region grapples with the coronavirus outbreak.

Organisers announced last month the race, which had been due to take start this Thursday in Beverley and finish on Sunday in Leeds, had been postponed due to the pandemic.

The possibility of rescheduling it for later in the year was held open, but Welcome To Yorkshire chief executive James Mason now accepts everything is pointing towards 2021 as a more realistic target.

“The longer this goes on the more likely it is that it will be next year,” Mason told the PA news agency.

“The sensible thing now would be to look into where it would fit into the calendar next year because there are too many imponderables as to when mass sporting events can take place again and they’re all backing up.”

Welcome To Yorkshire organise the race in partnership with the Amaury Sports Organisation (ASO), but their French partners have been preoccupied with rescheduling the Tour de France and other WorldTour races, while Welcome To Yorkshire works to support constituents at home.

While no definitive decision has been made regarding the Tour de Yorkshire, Mason is not interested in staging it late in the season simply to tick a box.

“We want to use the Tour de Yorkshire as the recovery vehicle, that catalyst to kick start Yorkshire tourism,” Mason said.

“We don’t want to put it on just to sneak it in this year when we may face inclement weather or we risk putting the race on and undoing the spectacle it could be, when if we can do it at a more appropriate time we can really use it to celebrate a rebirth and recovery of tourism in Yorkshire.

“We have to be realistic and say time is running out for this year because we could be months away from sport happening.”

The sixth edition of the race, which is a legacy event of the 2014 Grand Depart of the Tour de France in the region, is the final one on the existing contract between Welcome To Yorkshire and ASO.

Mason is keen to secure a long-term future for the race and has kept lines of communication open with his French partners, but contract talks have been put on ice.

“It is not the appropriate time to discuss extending the contract,” Mason said. “When things get back to something resembling normal we will plan the next edition and that’s when the contract negotiations can start again.

“We want a long-term future, now more than ever as having this enforced fallow year will make anyone who maybe didn’t see the value in the race realise how important it is, and those who have always supported it will have additional thirst for it to come back.”