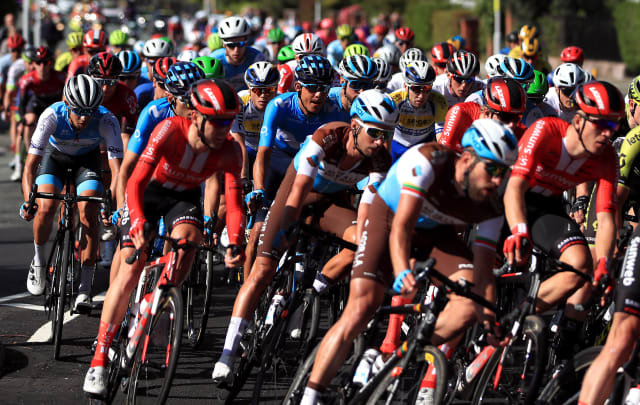 The UCI has delayed publication of a revised WorldTour calendar for the 2020 season as organisers of the Vuelta a Espana were forced to cancel their planned start in Utrecht and shorten the event to an 18-stage race.

Cycling’s world governing body was due to publish revised calendars for both the men’s and women’s WorldTours on Wednesday afternoon, but said it would instead wait until next Tuesday, May 5, in order to review the impact of recent governmental announcements which could affect its plans.

The delay shows the difficulty of trying to organise a calendar for a global sport as individual countries deal with different stages of the battle against the coronavirus pandemic.

And the rapid pace at which the picture can change was shown as Vuelta organisers announced early on Wednesday their planned start in Holland was off, following up later in the day by saying they would shorten the race and begin with what would have been stage four from Irun to Arrate, near Eibar.

Race director Javier Guillen said: “Obviously when you design the race, you hope to never have to make changes of this magnitude.

“But we have to be sensible with the current situation and we have to accept that it is very difficult to replace an official departure at this late stage, given all the institutional and logistic planning that it involves.”

No new dates for the race – originally due to take place from August 14 to September 6 – were given, in line with the UCI’s decision to delay its announcement.

The governing body, which held a meeting with representatives of race organisers, teams and riders on Wednesday, will now take some time to review changes to guidance in a number of different countries before publishing a tentative calendar.

“The measures recently taken by some European governments concerning the restriction of mass sporting events must, as our federation once again recently underlined, be taken into consideration when establishing the UCI international calendar for the recommencement of cycling competitions,” a statement said.

“The UCI and cycling’s families aim to publish these calendars on Tuesday, May 5, after the meeting of the Professional Cycling Council (PCC), responsible for the UCI WorldTour calendar.”

On Tuesday, French Prime Minister Edouard Philippe announced there would be no major sporting events in the country before September, casting fresh doubt over revised dates for the Tour de France which is now scheduled to begin in Nice on August 29.

Although France’s sports ministry later clarified the opening stages of the Tour could still go ahead if adapted, ASO – the organiser of the event – has previously ruled out attempting to host the race behind closed doors.

The Tour was the only race the UCI had so far given revised dates for, though various reports pieced together a more complete picture for the rest of the year.

The men’s WorldTour was expected to begin in early August with a rescheduled Strade Bianche in Italy, with the season built around the three Grand Tours – with the Tour de France starting on August 29, the Giro d’Italia in October, and the Vuelta a Espana in November.

The Women’s WorldTour was expected to resume in September with the Giro Rosa among the first races on the calendar.

The Tour de Yorkshire – a second-tier event in the UCI’s ProSeries – is now expected to stage its sixth edition next year after the race, originally due to start this Thursday, was postponed last month.