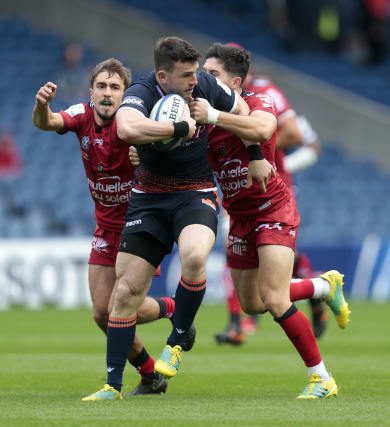 Leicester have signed Scotland international Matt Scott after releasing Wales wing Jonah Holmes from the final year of his contract.

Centre Scott, who has won 39 caps for Scotland, will join the Tigers ahead of the 2020/21 season from Edinburgh.

The 29-year-old, also formerly of Gloucester, told Leicester’s official website: “I am absolutely delighted to be joining Tigers.

“It is one of the biggest clubs in Europe and an institution of English rugby.

“It’s a team I watched growing up, winning a lot, and if someone told me as a teenager that I would play for Tigers, I wouldn’t have believed them.”

Tigers head coach Geordan Murphy added: “Matt is an experienced international who will add vital depth to our squad from next season.

“His knowledge of the Premiership and English game is another positive element, as well as what we know he is capable of on the pitch and compliments the talented group we have at the club.”

Holmes has left Welford Road early to move back to an unnamed club in his homeland.

He made 45 appearances in the three seasons since arriving at the Tigers from Yorkshire Carnegie.

Murphy said: “We thank Jonah for what he has given to Tigers, on and off the pitch, during his three seasons with us in Leicester and we wish him all the best ahead of his next chapter.

“His progression in Leicester, since arriving from the Championship, to an international has been well earned and, at his request, we have chosen not to stand in the way of Jonah’s move to Wales to further his Test career.”