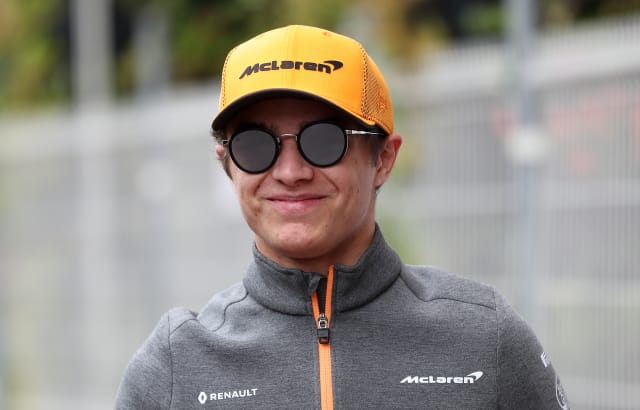 F1 announced on Monday that the French Grand Prix was the 10th race to be postponed or cancelled due to the pandemic, but revealed plans to start the season in Austria on July 5.

Norris’ home grand prix at Silverstone has also announced that, if the race goes ahead, it will be behind closed doors.

Chase Carey, F1 chief executive, remains hopeful of being able to stage between 15 and 18 races but Norris believes jumping back into the car will come as a real shock to the system.

In a live chat on the official F1 Instagram, Norris said: “I’ve been focusing on the things I can focus on, which is my training, physically, trying to keep that up from pre-season testing, especially because when you go back into driving, it’s going to be a shock for the body.

“To be able to go from doing nothing – not even testing or driving an F3 car or any car of any sort – it’s literally going from driving a road car, and I’ve not even done that that much, to jumping in to one of the fastest cars in the world, pulling x amount of G-forces around the corner. It’s a big shock.”

The season was put on hold just ahead of the season-opening Australian Grand Prix in March, meaning the drivers have not been behind the wheel of the 2020 F1 cars since pre-season testing in Barcelona.

“The body changes and gets used to driving a car. You can do all the training you want at home [with] the neck exercises, but the movement when you jump in a Formula 1 car… you can’t replicate identically in training,” Norris added.

“It’s a shock to everyone’s body – you can be one of the fittest guys in Formula 1 or the world, but it’s still tough on the human body.”