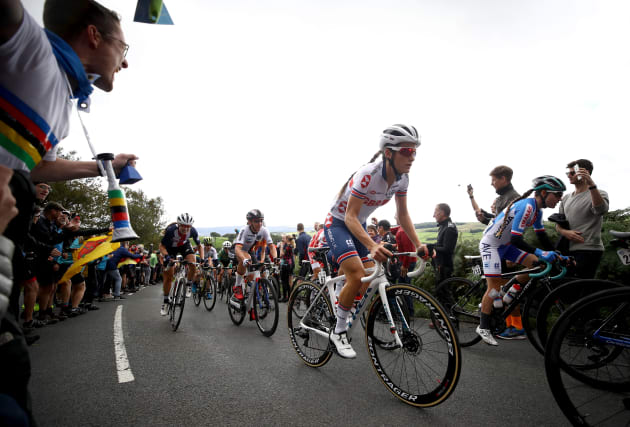 Cycling was forced into further rewrites of its plans on Wednesday while International Olympic Committee president Thomas Bach revealed the cost of the postponed Tokyo Games.

Cycling’s world governing body the UCI had been due to publish a new calendar for the men’s and women’s WorldTour for the rest of the season, but said it will now wait until next week as it reviews new governmental guidance which could affect a number of races.

And while there are no confirmed dates for the Vuelta a Espana, the Spanish Grand Tour cancelled plans to have its opening three stages in Holland, starting in Utrecht, and said it would shrink to become an 18-stage race, beginning with what should have been stage four from Iran to Arrate in the Basque Country.

The Dutch Government has forbidden the staging of mass sporting events until September 1.

The UCI had been expected to fill in some of the blanks on a revised calendar which so far includes only one race, the Tour de France, which is due to begin on August 29.

Reports have suggested the Giro d’Italia could follow in October and the Vuelta in November, though organisers of the Spanish race said they could not yet confirm any dates.

The sixth edition of the Tour de Yorkshire is expected to be delayed until next year.

Organisers announced last month the race, which had been due to start this Thursday in Beverley and finish on Sunday in Leeds, had been postponed due to the pandemic.

“The longer this goes on the more likely it is that it will be next year,” Welcome To Yorkshire chief executive James Mason told the PA news agency.

The postponement of the 2020 Tokyo Games means the IOC will have to shoulder “several hundred million dollars” of costs.

An open letter from Bach to the Olympic movement confirmed the IOC would have to review its budget and priorities in a post-virus world. The Olympics were put back a year to summer 2021 due to the pandemic.

He said: “Although it is too early to give an exact figure, we already know we have to shoulder several hundred million US dollars of postponement costs.

UK Athletics has announced its decision to extend the suspension of athletics competition within the UK until at least June 30.

A UKA statement explained: “The wider suspension of all other athletics activities until May 31 will continue to be reviewed but not before a further announcement from the UK Government on the current restrictions, which is expected during the week commencing 4 May.”

Moeen was set to captain Birmingham Phoenix in the inaugural season of the ECB’s flagship 100-ball competition, but he believes it is too important to be diluted because of current world events.

Speaking via conference call, Moeen said: “It is better for it to be delayed. As players we want The Hundred played with all the best players around the world available to come and play so it makes more sense that way.

“It is probably going to be too much to squeeze in the last couple of months of the season. It would be hard work to squeeze in The Hundred as well.”

There have also been developments in the women’s golf calendar, with the LPGA announcing updates to its schedule and the PGA of America confirming the Women’s PGA Championship – originally scheduled for June 25-28 – will instead take place in Pennsylvania on October 8-11.

The International Golf Federation also announced alongside the IOC that qualifying for the postponed Tokyo Games will be extended by a year, with a new cut-off date of June 21 2021 for men and June 28 2021 for women.

In a live chat on the official F1 Instagram, Norris said: “To be able to go from doing nothing…to jumping in to one of the fastest cars in the world, pulling x amount of G-forces around the corner. It’s a big shock.”