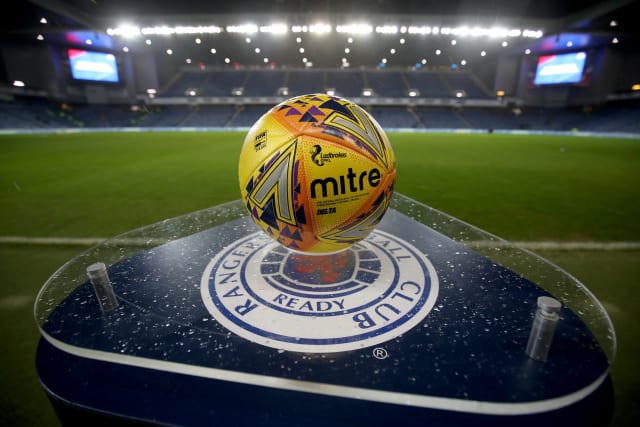 Rangers have been granted a general meeting for clubs to decide whether there should be an independent investigation around the vote on ending the Scottish season.

The Scottish Professional Football League board has set a May 12 date for a meeting after Rangers submitted a requisition backed by Hearts and Stranraer, two clubs who face the prospect of relegation as a result of the vote.

The general meeting was a formality once Rangers got the backing of two clubs but they now need 32 votes in their favour to force the probe.

A statement from the league read: “The SPFL board met this evening to consider requisitions by Heart of Midlothian FC, Rangers FC and Stranraer FC calling for an EGM to consider a resolution put forward by them.

“The board considered the request and has now called an EGM for 11am on Tuesday May 12.”

Hearts owner Ann Budge admitted at the weekend it would be “tough” to get the number of votes needed to spark the investigation but Rangers now have two weeks to convince clubs. Aberdeen chairman Dave Cormack had previously supported their calls.

Rangers on Sunday promised to divulge details of evidence they have referred to as “alarming”, well in advance of a general meeting.

The Ibrox club previously alleged some clubs had been subjected to “bullying” ahead of the vote, which ended the season for the three lower divisions and handed the SPFL board the authority to do the same for the Premiership in consultation with clubs.

The Govan club, whose managing director Stewart Robertson sits on the SPFL board, called for league chief executive Neil Doncaster and legal adviser Rod McKenzie to be suspended while an independent investigation took place.

The SPFL instead set up an internal review led by chairman Murdoch MacLennan and independent board member Karyn McCluskey and then brought in auditors Deloitte to look into the circumstances which led to Dundee’s crucial vote going missing.

Deloitte’s report found “no evidence of improper behaviour” and confirmed the SPFL’s version of events – that Dundee’s ‘no’ vote got lost in the league’s email quarantine system and they had subsequently made it clear they wanted more time to consider after discovering they had the casting vote.

Rangers want a number of aspects investigated including the information given to clubs ahead of the vote; the decision to announce the result before all votes were cast; the decision to allow Dundee to withdraw their vote; and the interaction with SPFL executives and clubs during the process.