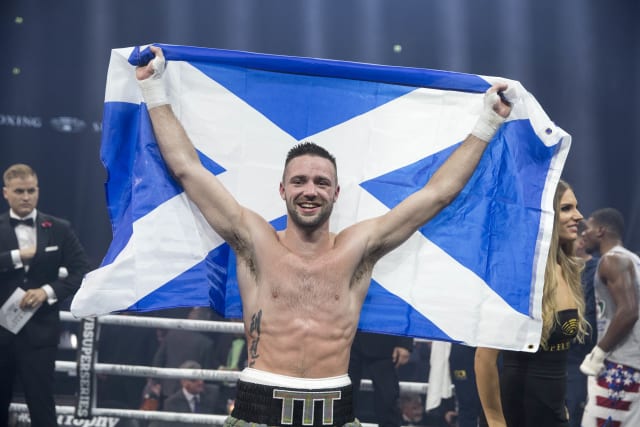 Unified super-lightweight champion Josh Taylor revealed that motivating himself for a behind closed doors bout could prove tricky.

The Scot was scheduled to defend his WBA and IBF titles against Thai opponent Apinun Khongsong in Glasgow this weekend but the coronavirus pandemic led to the fight being shelved.

The British Boxing Board of Control says it will not automatically give the go-ahead for events to take place once lockdown measures have been lifted as it is wary of placing an additional burden on the NHS.

When the sport is eventually given the green light, it seems increasingly likely that shows will take place without spectators in attendance, and Taylor admitted that prospect could rob him of an edge.

“It would be a bit like a glorified sparring match if there’s only 50 people in the building,” Taylor told the BBC Radio 5 Live Boxing Podcast. “It’s not ideal. I think for me it would be quite hard to get up for.

“If the crowd wasn’t there you’d lose that wee bit of nervousness walking out. Just as you get ready to walk out, you see the crowd and think ‘this is it man, what I live for’ and there’s no way I’m getting beat. It fires you up.”

“But, on the other side, I go back to my amateur days when there were only a couple of hundred there. So I’d go back to that experience to make sure I win the fight.”

Taylor extended his perfect professional record to 16-0, with 12 wins inside the distance, following a hard-fought majority decision win over Regis Prograis in the final of the World Boxing Super Series last October.

When he steps into the ring again is unknown, but the 29-year-old would have no concerns about attending events in the future if the Government deems it safe to do so.

“Personally I would be OK with it,” Taylor added. “I am not too afraid of it.

“I know that may sound ignorant but if the Government said it was OK I’d go and take my precautions with hand gel and keeping my distance. I would get on with it and start living my life again.”