How sport is working towards restart should coronavirus restrictions be eased 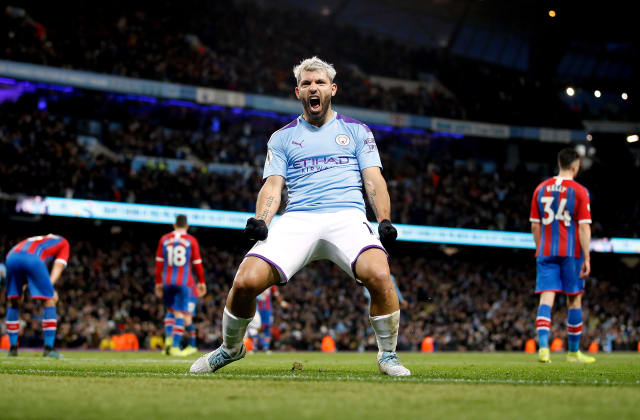 Professional sport could return behind closed doors in a matter of weeks if conditions allow for the UK coronavirus lockdown to be eased to a degree.

Here, the PA news agency addresses the state of play and the obstacles still to be overcome.

Who are the key players in the discussions?

The Department of Digital, Culture, Media and Sport, and its Secretary of State Oliver Dowden, are leading the talks, which are understood to be quickening in pace.

Starting this week, medical officials from the major sports governing bodies will convene on a weekly basis alongside officials from Public Health England in meetings overseen by DCMS.

What will they be looking at?

The first issue to address is how professional sports teams and competitors can safely return to training. How training can be squared with restrictions on social distancing – which will remain in place in wider society even if the strictest lockdown conditions are lifted – must be addressed.

Speaking last week at a DCMS committee evidence session, Dowden said this was “not insurmountable” but was certainly an extra consideration to bear in mind.

What else must they consider?

It is understood the discussions will also look at the following – the availability, frequency and range of testing (which the sports must pay for themselves), the burden on emergency services and the potential impact on fan behaviour.

There are concerns over impromptu mass gatherings as supporters celebrate winning a trophy or promotion, while Dowden also said competitions, such as the Premier League, are considering issues around broadcasting the matches, admitting it “wouldn’t send the best signal” if games were only available to watch via subscription and accepted it could encourage people to go round to someone else’s house to watch a game.

What is the Government view?

Prime Minister Boris Johnson is understood to have been briefed on the plans to get professional sports up and running. A senior Whitehall source has been quoted as saying it would “give the country a huge lift”.

What needs to happen for these plans to be given the green light?

The Government has set out five tests that must be fulfilled before any of the restrictions can be lifted. These cover NHS capacity, a sustained fall in deaths, a drop in the rate of infection, adequate supply of testing and personal protective equipment (PPE) and that easing restrictions will not result in a second peak of infections.

What have different sports said about a return?

The Premier League and EFL have been suspended since March 13. Neither has fixed a date for action to resume, unlike some football competitions in Europe, but EFL chairman Rick Parry has written to clubs to say that they are looking at completing the season in a 56-day period over the summer, with clubs to return to training no earlier than May 16.

The England and Wales Cricket Board has suspended the professional game until July 1. The British Horseracing Authority has issued outline plans for a phased return, on the Flat and behind closed doors, once Government approval is given. Bookmakers have a return to British action in May priced at odds on. Racing is provisionally scheduled to restart in Germany on May 4 and France on May 11.

What about the return of spectators?

This looks unlikely to happen any time soon. England’s chief medical officer Professor Chris Whitty has stated that social distancing measures are likely to be in place for the rest of 2020 at least, with a vaccine the best hope for being able to return to anything like normal life.