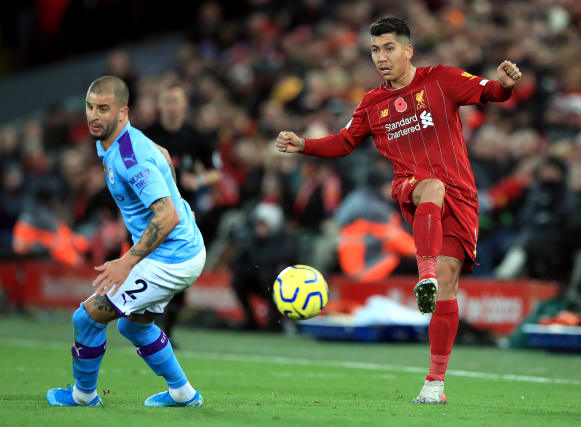 Formula One announced plans to get the delayed 2020 season started in July and the Government wants Premier League football up and running as soon as possible as momentum gathers for a return to sporting action.

F1 chief Chase Carey announced the cancellation of the French Grand Prix but then revealed hopes that the season will get underway with the Austrian Grand Prix on July 5 to kickstart a season of between 15 and 18 races, initially held behind closed doors.

Carey said on Formula One’s website: “Although this morning it was announced that the French Grand Prix, due to take place in late June, will not be going ahead, we are now increasingly confident with the progress of our plans to begin our season this summer.

“We’re targeting a start to racing in Europe through July, August and beginning of September, with the first race taking place in Austria on 3-5 July weekend.

“September, October and November, would see us race in Eurasia, Asia and the Americas, finishing the season in the Gulf in December with Bahrain before the traditional finale in Abu Dhabi, having completed between 15-18 races.

“We will publish our finalised calendar as soon as we possibly can. All of our plans are obviously subject to change as we still have many issues to address and all of us are subject to the unknowns of the virus.”

Carey said that while the first races would be behind closed doors, it was hoped fans could return before the end of the season.

For the moment, the British Grand Prix will go ahead but Silverstone’s owners said that a race “under normal conditions is just not going to be possible” in announcing a decision to keep supporters away from the event.

Silverstone managing director Stuart Pringle said in a letter: “I am extremely disappointed to tell you that we are unable to stage this year’s British Grand Prix in front of the fans at Silverstone.”

Premier League football has been suspended since March 13 but Digital, Culture, Media and Sport Secretary Oliver Dowden, speaking in the Commons, revealed his role in pursuing a return.

He said: “I personally have been in talks with the Premier League with a view to getting football up and running as soon as possible in order to support the whole football community.

“But, of course, any such moves would have to be consistent with public health guidance.”

As football continues to grapple with the complications of a season set to run beyond June 30, when the contracts of several players will expire, League Two Colchester have said they will not re-sign those whose deals are up even if that proves costly on the pitch.

In cricket, Yorkshire have cancelled the contracts of the three overseas players they were due to employ in 2020.

No cricket will be played in England and Wales until July 1 at the earliest, with the structure of the season beyond that unknown.

Spin duo Keshav Maharaj (South Africa) and Ravichandran Ashwin (India) were due to split Championship duties between them for the White Rose, with West Indian Nicholas Pooran flying in for the T20 Blast.

The UCI Para-cycling Road World Championships, due to take place in Ostend, Belgium from June 4-7, have been cancelled.

A statement from the world governing body said the decision came following a request from the organisers.

The SsangYong Blenheim Palace Horse Trials, scheduled for 17-20 September, have also been cancelled.