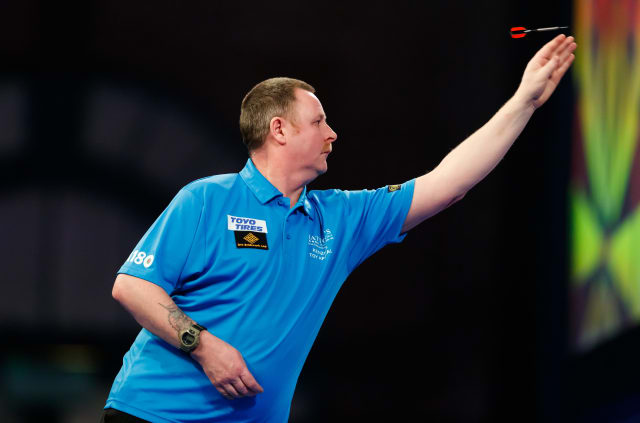 Both men went into the final match with a chance of topping the group but only Tabern and Mike Van Duivenbode could have won it ahead of the final leg amid a dramatic finale.

Whitlock suffered a shock 5-3 reverse in his opening encounter against  Van Duivenbode but he beat fellow former World runner-up Kirk Shepherd in a last-leg decider to ensure every player had won one game ahead of the final two matches.

Shepherd had started off with a 5-1 victory over Tabern, who beat Van Duivenbode  5-2 in his second match. The victory proved crucial as he won the group on the head-to-head record.

A 5-3 victory over Van Duivenbode would have guaranteed Shepherd the group and he went 4-2 ahead with a 13-dart finish.

But the 21-year-old Dutchman came back to force a decider and survived four match darts to move top.

The result ensured Van Duivenbode had a slim chance of success – only a 5-4 win for Whitlock in the final match would have carried him home with any other result ensuring the winner prevailed.

World number 14 Whitlock started in style with a 12-dart leg and 170 checkout but each of the first six legs went against the throw.

Tabern missed a 40 checkout but Whitlock could not finish on 16 and the former UK Open semi-finalist moved 4-3 ahead to end his opponent’s group chances.

Tabern declared he had “bottled it” after missing two match darts before the tie moved to a deciding leg with himself and Van Duivenbode looking for victory – but the St Helens man sealed success.