Clancy compliment was lost on Hayter, who sees commitment as crucial 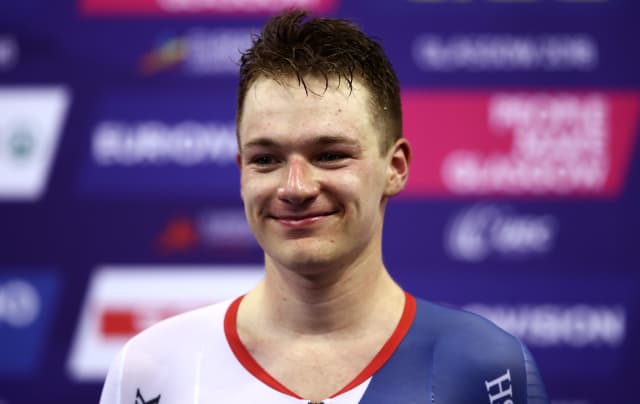 When three-time Olympic champion Ed Clancy called Ethan Hayter “the Chosen One” earlier this year, his young team-mate did not exactly return the compliment.

Clancy referred to himself as being like Morpheus from The Matrix when making the comparison – a reference lost on the 21-year-old Hayter who thinks he maybe saw the film once, several years ago, but cannot remember.

Either way, Clancy was clear what he meant. In Hayter’s slight build and huge engine, Clancy – a former team-mate of the likes of Sir Bradley Wiggins and Geraint Thomas – sees huge potential.

But the softly-spoken Londoner would rather not make such bold claims for himself.

“It’s a massive compliment, but it doesn’t really change that much, if you know what I mean,” Hayter said. “Everyone’s still trying to be the best they can all the time.

“What is a nice confidence boost is Ed quite often says about everyone that we’re one of the best committed groups he’s worked with, which is almost more rewarding.”

Hayter’s efforts have brought plenty of rewards already. He was a world and European champion on the track at the age of 19, while on the road last year he took stage wins in two prestigious youth races – the Baby Giro and Tour de l‘Avenir – as well as fifth overall in Britain’s national road race.

Hayter expected to be in the final stages of preparations for the Olympics now, before the coronavirus pandemic forced the Tokyo Games to be postponed by 12 months.

While disappointed by that news, Hayter accepts there was no alternative and quickly came to terms with the delay.

“I wouldn’t say it was that hard at all for me,” he said. “I’ve only really thought I could go to the Olympics for two years now, so another year is not that much in the grand scheme of things.

“I didn’t really dare to dream for a long time. It was only when I was a world champion I thought, ‘OK, I could actually have my name in the hat.”

Hayter’s name is now very much at the forefront of British Cycling’s thinking ahead of Tokyo, but the challenge facing the men’s team pursuit squad looks a daunting one as they try to win the team pursuit for a fourth Games in a row.

At the World Championships in Berlin in early February, Denmark broke the record three times on their way to gold, setting the bar at three minutes 44.672 seconds. A British quartet has never gone under 3:50.

Performance director Stephen Park pointed to the team pursuit last month when he said the Tokyo postponement could give Britain much needed time before the Games, but despite the yawning gaps Hayter is adamant they could have contended for gold this summer.

“We weren’t really that far behind,” he said. “It was four seconds in qualifying but we were all below our best.

“I think we would have been able to do it in the summer. We know what’s possible when we step things up. We were confident.”

If the Tokyo delay has brought one dilemma for Hayter, it is over his next move. In late 2019 he signed a three-year contract to ride for Team Ineos on the road, but any shift in focus must now wait.

Hayter said he has not had any detailed conversations with the team yet, and admitted he still has to make up his own mind on where he wants to go in his career.

“I’ve not made any big commitments either way,” he said. “I haven’t said this is when I’m going to stop doing track or that kind of thing. It’s still something I need to decide myself.”