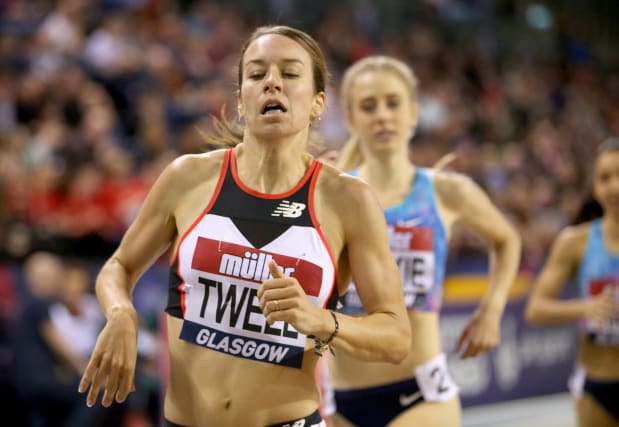 The 30-year-old had been plotting an Olympic marathon attempt for over 10 years before the coronavirus pandemic pushed the Games back 12 months.

She had already achieved the qualification time – setting a Scottish record of two hours 26.40 minutes in Frankfurt in October – with the London Marathon the traditional selection event.

The coronavirus crisis forced organisers to shelve the 40th edition of the race, initially due to be held on Sunday, until October.

“In a weird way the Olympics (delay) wasn’t as overwhelming, for any athlete who is aiming for a big goal it’s always the one in the distance, it’s the smaller steps you use to get there,” she told the PA news agency.

“Those ones which are taken away probably mean more to me. Tokyo is disappointing but it’s not surprising and it’s the right choice.

“I was training in Flagstaff in America and had planned to run the New York Half Marathon and then run London. The (Olympic) blow was almost softened because New York was cancelled and then London.

“I’m trying to make sure I come out of this still motivated, healthy, my loved ones are healthy and that’s all I can really do.

“We need to find motivation in the smaller things now, give yourself a pat on the back for getting out there at the same time every day, something as small as that can go far.”

Twell, though, remains in two minds over whether to run the 10,000m or pursue the marathon in Tokyo, which is now scheduled for July and August 2021.

“I’ve got two qualifying (times) in the 10 and marathon so I’m in a strong position. I need to work out which is my best medal potential,” said the Colchester-born runner, who came 15th in the 10,000m at last year’s World Championships in Doha.

“That happens by competing. My aim is to make the best impact for Team GB. It’s not set in stone and I need to see which way the rankings are going and how well I’m doing closer to the time.”

For now Twell, and 11 other elite female runners, will take part in The 2.6 Challenge to raise money for charities which will lose out on funding following the marathon’s postponement.

Twell will run 2.6 miles for Mind, the mental health charity, along with Jess Piasecki and Steph Davis – who also have the Olympic qualifying time – while Jo Pavy, who won the 10,000m at the 2014 European Championships, will also join in.

“Physical well-being can improve your mental well-being. As much as the race itself is a celebration of so many fantastic causes it’s also a mental milestone,” said Twell.

“Whether athletes are looking for personal goals, Olympic selection or running for a cause the mind is something we need to connect with at this time.

“We’re not going to see each other on Sunday unfortunately so for us it’s about supporting each other for something we were looking forward to but also raising awareness.

“Exercise is something we can use as a coping strategy but we’re also aware staying connected is really important in this time.”

To support Twell and the team please visit: https://www.justgiving.com/fundraising/britishmarathonwomen