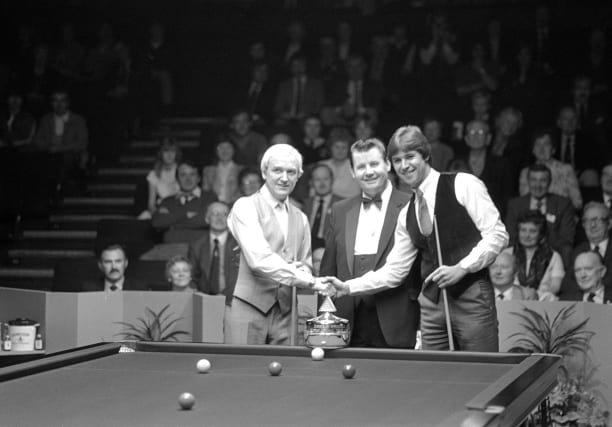 Leading 8-1 after the first session of his first round match against defending champion Steve Davis in 1982, Tony Knowles headed for a nightclub until the early hours.

Upon his return to the Crucible the following morning, the Bolton 26-year-old duly polished off the two frames required to cause one of the sport’s biggest upsets, and his reputation as a mullet-haired lothario was born.

But he is best remembered for a series of lurid tabloid exclusives, not least the story he sold for £25,000 prior to the 1984 Championships, in which he described himself as “the hottest pot in snooker”.

Knowles was fined £5,000 by the WPBSA for the expose, of which more would follow. Veteran commentator and author Clive Everton reported in his “Black Farce and Cue Ball Wizards” that a roaring trade developed among female followers in “I Said No to Tony Knowles” pin badges.

Knowles dropped off the main tour but remained involved in the game, serving briefly as a WPBSA board member and continuing to attempt to qualify for the Crucible well into the new century.

Knowles, who retired to run a hotel in the Lake District, also had the ‘Tony Knowles Suite’ named in his honour in Peter Kay’s comedy series ‘Phoenix Nights’.