Phil Neville to leave as England Women boss in July 2021 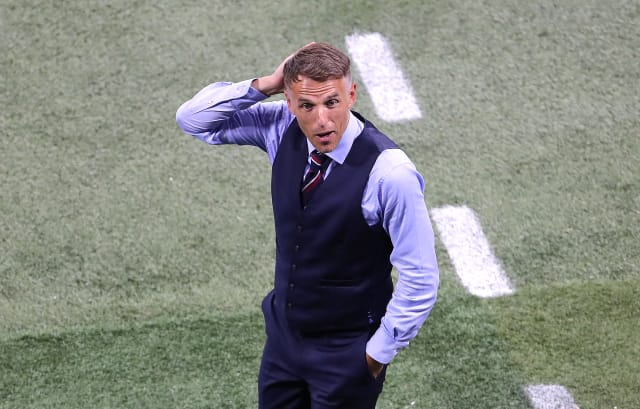 Phil Neville will leave his role as England Women’s head coach next summer.

Having succeeded Mark Sampson at the helm in January 2018, the 43-year-old last year led the Lionesses to SheBelieves Cup glory and fourth place at the World Cup.

Neville was set to lead England into the Women’s European Championship on home soil in 2021, but UEFA confirmed the delay of the tournament by a year due to the coronavirus crisis on Thursday.

The former Manchester United and Everton full-back will not be in charge for the rearranged tournament in 2022 as he will be leaving at the expiration of his contract next summer.

In a statement, the Football Association said: “Following the decision to postpone the UEFA Women’s EURO 2021 to 2022, England Women’s head coach Phil Neville has confirmed he’s committed to honouring the full term of his contract, which will see him leave the role in July 2021.”