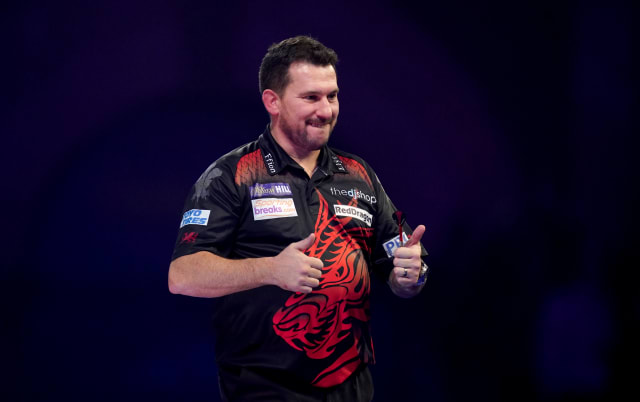 Key worker Jonny Clayton eased to the top of the standings in Group Eight of the PDC Home Tour with three wins from three.

The Welshman took the day off from delivering food to the elderly and vulnerable to participate in the tournament and it paid off as he beat Adam Hunt, Richard North and Dave Pallett.

Clayton, who has defeated Michael Van Gerwen this year and hit a nine-darter at the UK Open, booked his place in the last 32, having thrown eight 180s on the night.

“I am glad I won my three games, I am a happy man.

Although Clayton, nicknamed ‘The Ferret’, eased through in the end, things were undecided going into the final match, with Hunt and Pallett also having a chance to top the group depending on how things played out.

But the world number 15 ensured there was no upset as he beat Pallett 5-2.

It was a night to forget for North, though, as he lost all three of his games.