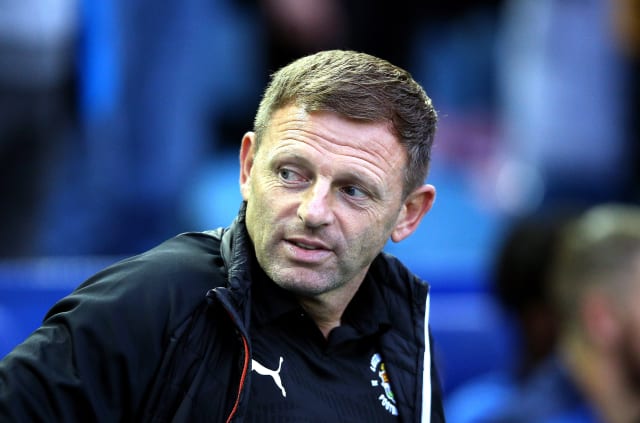 Luton have announced the departure of manager Graeme Jones via mutual agreement as the Championship club looks to reduce costs during the coronavirus shutdown.

The Hatters were second bottom in the table, six points from safety, when football was suspended due to the pandemic.

A statement said: “Given the current circumstances affecting not only football but the world as whole, the club are taking an early move to restructure in order to reduce its cost base and to create efficiencies within the football department.

“As a result of amicable discussions, Graeme and the board of directors have agreed terms upon which he will leave his role with immediate effect.”

Jones took charge of the Hatters in May last year following their promotion to the Championship, the latest stage in their rise from non-league status which began in 2010.

But after climbing rapidly through the divisions, this season was proving tougher with the club 21st
when play was suspended with nine games left to play.

Luton was Jones’ first managerial role, with the 50-year-old having previously held assistant roles at Swansea, Everton and Belgium under Roberto Martinez, and then West Brom under Darren Moore.