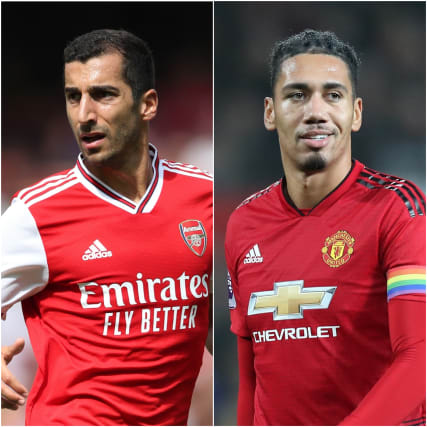 Roma are looking to shore up permanent deals for two Premier League loanees, the Daily Mail says. Arsenal midfielder HenrikhMkhitaryan headed to the Serie A club in September on a season-long loan and linked up with Manchester United defender ChrisSmalling. The Italian side have made signing both players part of their transfer plans.

Willian could be leaving Stamford Bridge for Premier League rivals Liverpool, the Daily Mirror reports. The Chelsea and Brazil playmaker is reported to have started discussions with the Reds about a move when his contract comes to an end.

Manchester United will be looking to sign JackGrealish from Aston Villa, and play him as a right winger, according to the Birmingham Mail. The paper said Ole Gunnar Solskjaer has put the 24-year-old at the top of his transfer wishlist.

United are also looking to bring in France striker AlassanePlea from Borussia Monchengladbach, but Leicester could be prepared to put in a bid for the 27-year-old, the Leicester Mercury says.

Diogo Dalot: Paris St Germain are considering making a move for the Manchester United defender, with the Red Devils open to a sale, says Daily Mercato.

Philippe Coutinho: Liverpool do not want to re-sign the Brazilian if he leaves Barcelona, says Sport Witness.

Arkadiusz Milik: Juventus will make a move for the Napoli striker over the summer, reports Calciomercato.