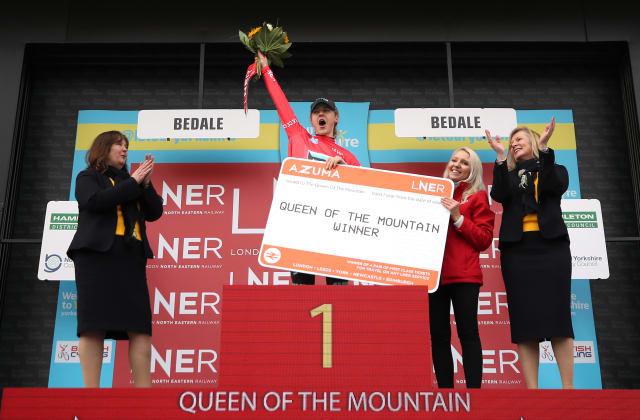 British riders Lizzy Banks and Sophie Wright face an uncertain future after their team Bigla-Katusha revealed it could go under during the coronavirus pandemic as sponsors withhold payments.

The team, which finished 10th in the world rankings last season and had taken four wins in 2020, has 13 riders on its roster, including reigning Swiss champion Marlen Reusser and Elise Chabbey, who last month earned plaudits for putting her medical skills to use as a volunteer at a Geneva hospital.

A statement from the team said it was now uncertain of its future after both title sponsors withheld funds.

“The team manager received a letter from its main title partner Bigla, indicating that the company wishes to withdraw 100% of its payments to the team,” the statement read.

“The team’s other title partner, KATUSHA, has already declined to pay the team any funds for the past month…

“The team hopes that both title partners will be willing to undertake further discussions with the team to negotiate the best way forward and ensure the squad’s survival.”

The 29-year-old Banks joined what was the Bigla team in 2019, finishing seventh overall in the Women’s Tour in June and being named queen of the mountain in the Tour de Yorkshire in May.

Wright, 21, has been with the team in its various guises since 2018, and finished second in the youth classification of the Setmana Ciclista Valenciana in February this year.

World governing body the UCI is yet to issue a revised schedule outlining when elite women’s racing might resume on the road, but has said it plans to do so by May 15 at the latest.