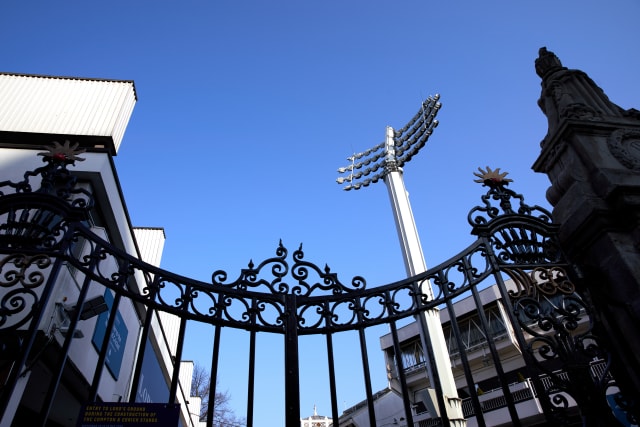 Cricket in England has been delayed until at least July due to the coronavirus crisis, while Phil Neville will step down as England Women boss next year.

The England and Wales Cricket Board had extended the push back, which was initially until May 28, after a board meeting on Thursday.

Senior international fixtures are now affected and the number of lost County Championship rounds going from seven to nine while the inaugural edition of The Hundred will be debated by the board on Wednesday.

ECB chief executive Tom Harrison said:  “As much as we remain hopeful that we can deliver some cricket this summer, we are in the midst of a worldwide crisis and our priority – over and above the playing of professional sport – will be to protect the vulnerable, key workers and society as a whole.

“That’s why, simply put, there will be no cricket unless it’s safe to play. Our schedule will only go ahead if Government guidance permits.”

Meanwhile, Neville will step down as England Women’s boss when his contract expires in July 2021.

Neville was set to lead England into the Women’s European Championship on home soil in 2021, but UEFA confirmed the delay of the tournament by a year due to the coronavirus crisis on Thursday.

He was also due to manage a Team GB team at Tokyo 2020 this summer before the Olympics were postponed until next year.

It is yet to be confirmed whether the former Manchester United and Everton defender will stay on to lead Team GB in Japan with the Games due to start on July 23, 2021.

The FA’s director of women’s football, Sue Campbell said: “In light of the impact of current global events on the sporting calendar and in the best interests of the England Women’s team, both parties were in agreement that our shared priority was to ensure the Lionesses have continuity of coaching going into the home Euros and looking towards the 2023 World Cup.

“Once football returns after this difficult period, Phil will continue his work with the Lionesses on the further development of his squad. I will support him fully with that important task whilst moving forward with the crucial succession planning process.

“We will now discuss next steps with the British Olympic Association and the home nations with regard to Team GB Football and we are not in a position to make any further comment at this time.”