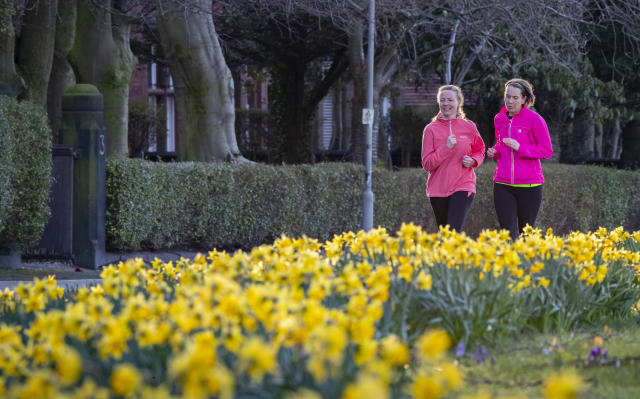 Activity levels in England were at their highest ever level in the months prior to the coronavirus pandemic, new data from Sport England shows.

The grassroots funding body’s latest Active Lives survey, covering the 12 months up to November 2019, found 28.6 million adults in England (equating to 63.3 per cent of the adult population) were considered active under the Chief Medical Officer’s guidelines.

That represents an increase of 404,600 compared to the previous 12 months.

Being active is defined as taking at least 150 minutes of moderate intensity physical activity per week.

There were 159,500 fewer adults in the inactive category – those doing less than 30 minutes of exercise a week.

Increased activity levels were largely driven by increases in women, adults over 55 and people with disabilities or long-term health conditions – all areas where Sport England has focused significant investment and campaigning in recent years.

However, activity levels dropped in the 16 to 34 age group, falling by 1.7 per cent on the previous 12 months.

Sport England chief executive Tim Hollingsworth said: “That overall activity levels were at a record high across England at the end of last year is excellent news, particularly the strong growth among older adults, people with a disability and among those with long-term health conditions.

“These are areas which Sport England has committed significant time, insight and investment into in recent years and it is encouraging that we were starting to see such growth there.

“However, behind the overall positive picture, there remain areas of real concern -  not least the sobering reality that if you are well off you are far more likely to be active than if you are not, and the ongoing evidence of a significant ethnicity gap, where we are not seeing growth in activity levels among some ethnic groups.

“Added to this now is the unprecedented disruption the pandemic and lockdown is having on people’s sport and activity habits and behaviours.

“The true nature of this, and its impact on the nation’s future activity and the ability of the sector to support that, is still unknown.

“But it is what anyone with an interest in sustaining the nation’s well-being, and the positive impact that sport can have on society, needs to start thinking about now.

“Because how we shape our collective response to this challenge will not only determine future participation levels, but also give us the opportunity fundamentally to address and reverse those inequalities.”