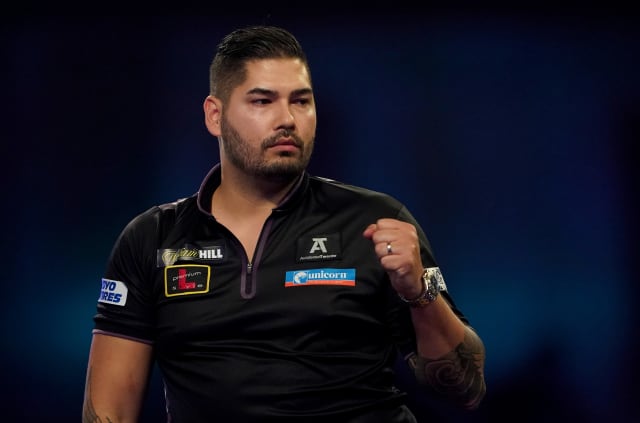 Jelle Klaasen advanced to the second phase of the PDC Home Tour, edging out Ryan Meikle by a solitary leg in Group Seven.

Klaasen, ranked 48 in the order of merit, eased past Northern Ireland’s Gavin Carlin with a 5-2 win in his first match of the night and then took out his main rival Gabriel Clemens.

The pair both won three legs in a row before the Cobra wrapped up a 5-3 win with clinical checkouts and a clean sweep seemed to be on the cards early on against Meikle.

Meikle had won one and lost one of his first two and promptly surrendered each of the first three legs against the Dutchman. Klaasen should have ended the challenge after starting with 180 at 4-2 up but his opponent, a 23-year-old barber, rallied again to set up a decider.

He clinched it with his second attempt at double 18, claiming a 5-4 win but failing to usurp Klaasen on leg difference. A 5-3 success would have taken him through but instead it left Clemens as the last challenger standing.

To progress the German needed a 5-0 sweep of Carlin, but the latter ended those hopes by taking the first leg of the match and signing off with a 5-4 win.