European Athletics Championships in Paris cancelled due to coronavirus pandemic 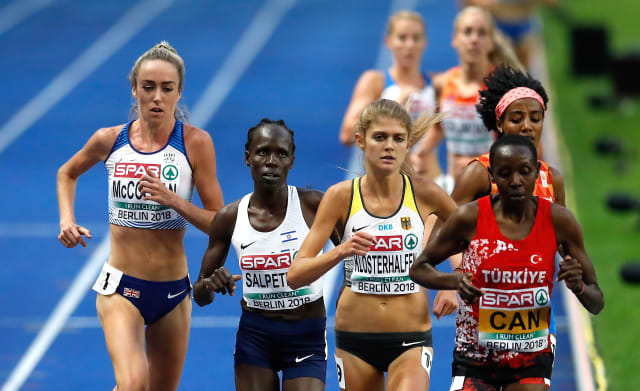 The European Athletics Championships scheduled for Paris in August has become the latest high-profile event to be cancelled because of the coronavirus pandemic.

A local organising committee (LOC) and the French Athletics Federation (FFA) had been looking at ways to hold the event this year but the ongoing situation means the event at Charlety Stadium from August 25-30 has been scrapped.

With Munich set to host the championships in 2022, it was decided against following the lead of the Olympics and World Championships and postponing the event by 12 months.

The European Athletics Championships follows major sporting events such as Wimbledon and The Open to be mothballed this year.

Following an LOC executive committee meeting after an earlier gathering between the relevant authorities, the decision to cancel was driven by the associated risks linked to the current situation, as well as the existing ban on mass gatherings in France.

Karamarinov added: “We had hoped in these troubled times to offer European athletes a major event to aim for at the end of this summer.

“Unfortunately, today we were informed by the LOC and French athletics federation that, after discussions with the relevant French national and local public health and safety authorities, they were no longer able to proceed with delivering the championships this August and were forced to cancel the event.

“Whilst we regret announcing the cancellation of our European Athletics Championships, it is worth reiterating that in these unprecedented times the health and safety of all athletics’ stakeholders including athletes, fans, officials, partners and everyone connected with the sport is paramount.

“We will always do what is best for the members of our athletics family and the wider public.”