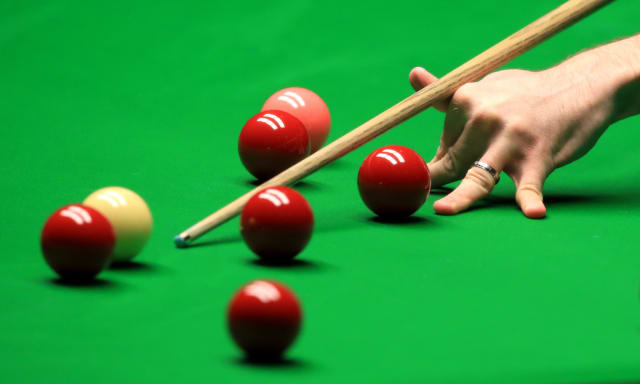 Instead his legacy is a missed pot, his “dapper suits” and “Italian roots”, and an exit from the game so abrupt and complete it has left generations of snooker fans asking: “Whatever happened to Tony Meo?”

Meo graduated from the dingy halls of his youth to the professional circuit with ease, marking his Crucible debut with a 10-9 defeat to Alex Higgins in 1980.

He was denied what would have been the biggest win of his career in the 1984 Lada Classic final against his great friend Steve Davis, which went down to a deciding frame.

On a break of 26, Meo missed a yellow with the rest after a spectator called out during his shot, and Davis, aghast, went on to take the frame and the tournament.

Nevertheless, Meo’s reputation was enough to earn him a place in promoter Barry Hearn’s ‘Matchroom Mob’ – and with it an unlikely and thankfully brief career as a pop star.

Meo’s best performance at the Crucible was in 1989, when he reached the semi-finals. In the same year, despite beginning to slide down the rankings, he won his only ranking title at the British Open in Derby.

After a number of years sliding down the rankings, Meo retired in 1997 to run a jewellery shop in Hatton Garden, and has resisted all entreaties to return.