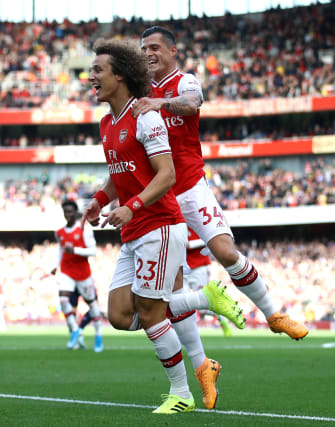 Arsenal had to remind their players about social distancing on the day that UEFA confirmed new dates for the women’s European Championships.

Arsenal have spoken to David Luiz, Alexandre Lacazette, Nicolas Pepe and Granit Xhaka after they were pictured flouting government guidelines on social distancing.

The PA news agency understands that the club have spoken to all four men to remind them of their responsibilities.

The FA’s director of women’s football, Baroness Sue Campbell, responding to the announcement, said:  “As a nation and at the FA, we are extremely proud to be hosting Euro 2021, and are fully committed to delivering a world-class experience for players, staff and fans alike as the best of the European game comes to England.”

The Diamond League has postponed a further two events, both scheduled for June, due to the coronavirus pandemic.

The meetings in Eugene, Orgeon on June 7 and Paris on June 13, become the sixth and seventh Diamond League events to be postponed this year, with the season – which had been due to get under way in Doha on April 17 – yet to start.

A statement said: “As with previous suspensions, this decision was reached in close consultation with all relevant parties and based on concerns over athlete safety as well as widespread travel restrictions which make it impossible to stage the competitions as planned.”

The Diamond League also announced plans to stage a behind-closed-doors exhibition event in Oslo on June 11 featuring world-class athletes in line with the Norwegian government’s restrictions.

The ‘Impossible Games’ will see athletes take part in a one-hour showpiece event which is currently set to include a world-record attempt from Norwegian hurdles star Karsten Warholm and a long-distance pole vault battle between world-record holder Mondo Duplantis and multiple Diamond League champion Renaud Lavillenie.

Cycling’s world governing body the UCI has said it is close to issuing a proposed calendar for the resumption of women’s road cycling following meetings with representatives of race organisers, teams and riders.

While major announcements have been made as regards men’s racing – with the Tour de France rescheduled to start on August 29 – there have been no details yet on the women’s calendar, which has seen only one race, the Cadel Evans Great Ocean Road Race in February, take place so far.

The UCI has previously promised an announcement before May 15, and a statement on Thursday said: “The UCI today feels it has enough information to be able to shortly propose a first revised project for the 2020 UCI Women’s World Tour calendar.”

Leeds have announced that the South Stand at Elland Road will be renamed the Norman Hunter South Stand.

Hunter died aged 76 on April 17 after losing his battle against coronavirus.

Leeds tweeted: “@LUFC are proud to announce the South Stand will be named in honour of legendary defender Norman Hunter.”